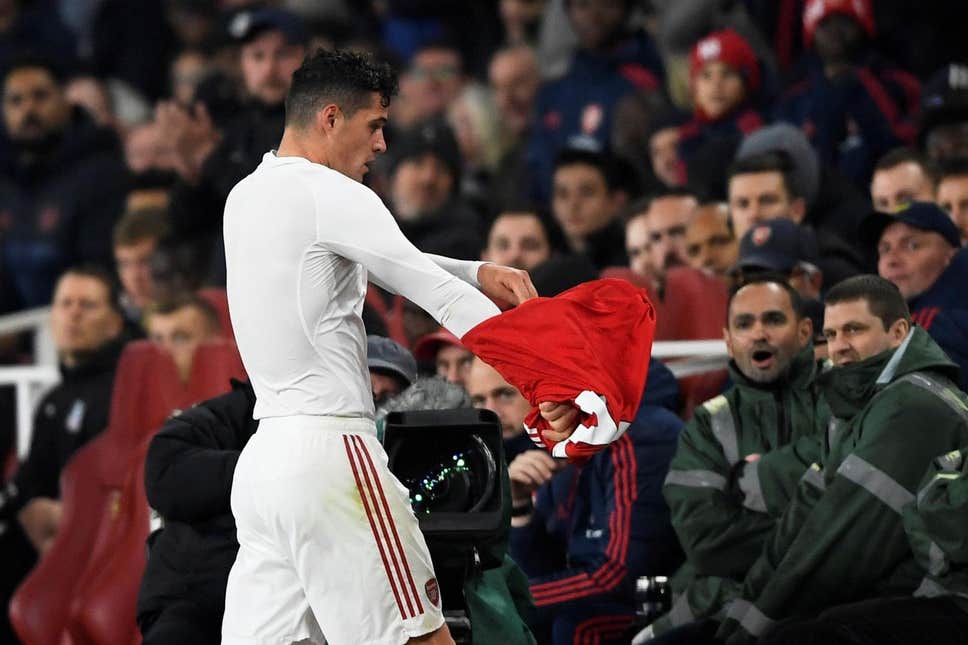 Arsenal will offer counselling to captain Granit Xhaka after his angry confrontation with home fans during Sunday’s 2-2 draw with Crystal Palace.

The Swiss midfielder was booed while he walked off the pitch, prompting him to cup his ear, walk past boss Unai Emery and storm down the tunnel.

Emery said: “He is upset, devastated and very sad.

“It is not only yesterday and today. He is feeling the supporters don’t like him.”

The Gunners manager said he did not want to speak about whether Xhaka may lose the captaincy.

“His behaviour was perfect in training [on Tuesday], with the group and with the club. He knows he was wrong. He feels it inside very deeply,” said Emery.

Emery said Xhaka should apologize to fans, but added: “I don’t need his apology. Because I know he is devastated, we can speak about all the situation but first, it’s him.

“He is now very down and we need to support him.

“My ideal future is to watch again Xhaka playing and every supporter supporting him. I don’t know if I can or will achieve it but this is my ideal.

“Also for him it’s the same but also I think we need now to be calm step by step so we can progress.”