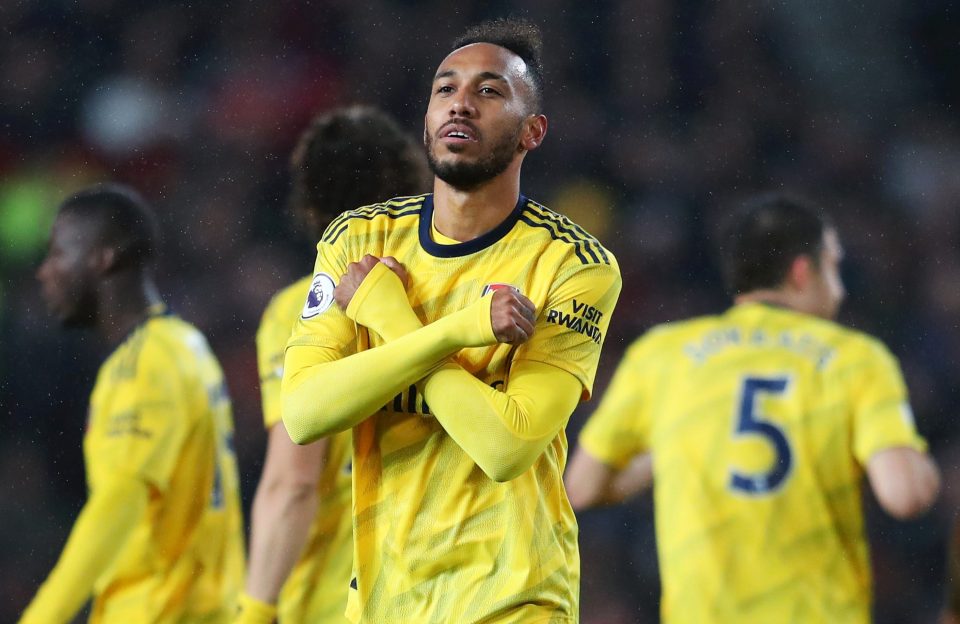 Pierre-Emerick Aubameyang appears to be the latest Arsenal star subjected to abuse from his own fans.

Driving home after the club’s 2-2 draw with Crystal Palace on Sunday, supporters were seen surrounding the striker’s car while he was waiting at a traffic light.

In a clip posted to Twitter, one fan bemoans the expensive price of Arsenal’s season tickets:

And another man can be heard shouting: “You Arsenal w*****.”

A fan on the passenger side of Aubameyang’s window criticized the 30-year-old for allegedly not signing autographs.

Another supporter replies: “That is a good point, they are your support.”

Arsenal fan shouts abuse at Aubameyang after he wouldn’t give her his signature. 👀 #afc pic.twitter.com/iE7Vuq2dsN

The abuse to Aubameyang came just hours afterArsenalfansjeered Granit Xhaka as he was substituted in the 61st minute of the Palace game.

The Gunners captain responded by cupping his ears to the home supporters before telling them to ‘f*** off’.

Instead of taking a place on the bench, Xhaka took his shirt off and stormed straight down the tunnel.

Xhaka,who was made Arsenal captain last month, is yet to apologise to supporters.

Reports have claimed the Switzerland midfielder has even been offered counseling sessions by the club to help him cope with the level of abuse he has received in recent weeks.

“At the moment, I am not speaking and I don’t want to speak about that,” Arsenal boss Unai Emery replied when asked if Xhaka could lose the captaincy over the issue.

“Now he is upset, devastated and sad. It is not only yesterday and today. He is feeling the supporters don’t like him.

“His commitment with the club is a great commitment every time. He wants to help.

“His behaviour was perfect in training, with the group and with the club. He knows he was wrong.

“He was wrong and he feels it inside very deeply. But that is normal as a human.”