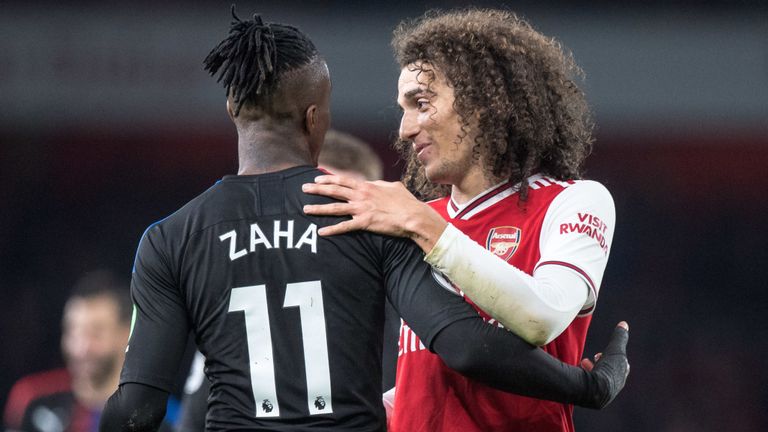 Wilfried Zaha compared Matteo Guendouzi’s tackle on him to something out of an NFL game after Crystal Palace’s controversial 2-2 draw at Arsenal.

While the Cincinnati Bengals and LA Rams were battering each other at Wembley, Gunners midfielder Guendouzi brought down Zaha to stop a counter-attack in the dying embers of their clash at the Emirates on Sunday.

The foul initiated a melee between both sets of players, with tensions already running high after a number of VAR decisions affected the game, and Guendouzi was given a booking by referee Martin Atkinson.

After the final whistle, Zaha tweeted a picture of the tackle with the caption: “NFL’s at Wembley…”

But Frenchman Guendouzi said: “I had to foul Zaha at the end, otherwise he is through on goal on his own. I’m the last defender but I’m far from our goal as well. I had to do it.”

The two players made up after the incident, as high-flying Palace fought back from two goals down to draw 2-2 with the help of VAR.

In a game that saw Granit Xhaka clash with his own fans following his second-half substitution, one of those incidents saw the visitors correctly awarded a penalty after Calum Chambers felled Wilfried Zaha in the penalty area.

Zaha, who was heavily linked with a move to the Gunners in the summer, was initially booked for diving until the Video Assistant Referee intervened to award the spot-kick, from which Luka Milivojevic converted.