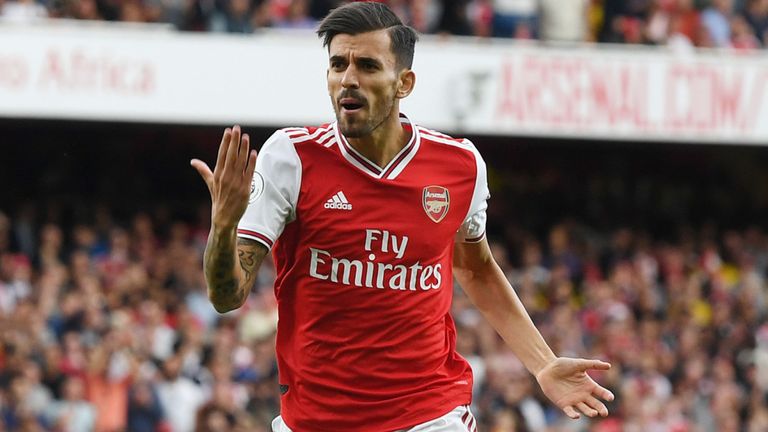 The Spain international joined the Gunners on a season-long deal from Real in July and has impressed in his 12 appearances under Unai Emery, who has picked him ahead of out-of-favour midfielder Mesut Ozil.

Ceballos has registered two assists in the Premier League, and also netted his first goal for the north Londoners in their Europa League defeat of Standard Liege earlier this month.

According to Spanish media outlet ElDesmarque, Real want at least £30m (€35m) for the player who featured 56 times for them after arriving on a six-year deal back in 2017 from Betis.

This is £4m more than the £26m (€30m) Arsenal have allegedly offered to secure Ceballos’ services on a permanent basis.

Speaking during the recent international break, the 23-year-old admitted his delight at joining Arsenal, while also revealing a wish to stay with the club for a ‘long time’.

“Going to Arsenal has been a very important step in my career,” Ceballos said. “I don’t feel sorry for not being in Madrid. Right now I am where I want to be and I am very happy.

“My idea was to go out, play and enjoy football. In the previous two years, I had not done so. My goal is only to work to keep doing things right.

“I have eight months left at Arsenal, I can only thank them for the confidence that the coach and fans have placed in me, who have already made me a song.

“I am very happy there and I hope to continue for a long time.”

Arsenal right-back Hector Bellerin praised Ceballos’ arrival at the Emirates earlier in the season and said he is a ‘great addition’ to Emery’s squad.

“I think Dani’s one of the best players I’ve seen in my career,” Bellerin told the club’s website.

“He’s a great player, I think he’s going to be a great addition to the team and the Premier League is going to be very different to any other league, but he’s shown in training that he’s ready for it.

“He’s up for it and he’s a player who will go through thick and thin to do the best for his team. He’s got a great heart and he plays for everyone around him. I think he’s a great addition.”