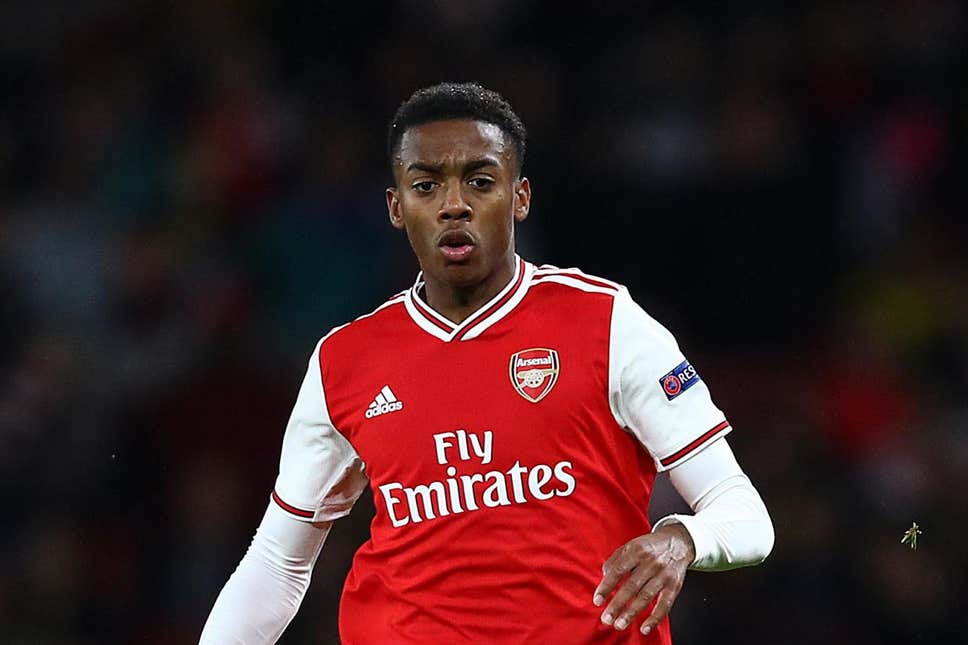 Joe Willock could fill the void left by Aaron Ramsey, according to Arsenal boss Unai Emery.

The 20-year-old has developed under Emery’s tutelage over the last year – scoring six goals in 15 games with Willock’s last coming during a Europa League win over Standard Liege on Thursday.

The England Under-21 international has caught the attention of senior boss Gareth Southgate and replaced Mesut Ozil in last season’s Europa League final defeat at the hands of Chelsea.

The Gunners lost Ramsey on a free transfer to Juventus this summer, 12 months after releasing Jack Wilshere to join West Ham.

Emery feels Willock, who has yet to establish himself in the first team, can now rise to the challenge of replacing the popular midfield pair at the Emirates Stadium.

“Willock started the pre-season with us last year, I didn’t give him more minutes but he was with us in every game, working in training, playing matches in the cup and at the end of the season,” the Gunners head coach said.

“He deserved to start this season with the first team and with us.

“My decision was after I saw him the last two months of last season working with us, his really big challenge was that Jack Wilshere left here, Aaron Ramsey left and he had to take that opportunity to be with us.

“The last months of last year was the moment I spoke with him and said:

‘For you, it is a big challenge in the new season to do differently and really show us you can take their position in this squad’.”

While Willock has had to be patient for a run in the Arsenal team, Emery has seen first-hand how much he has progressed in recent times – and feels he can push on even further if he keeps working hard.

“We need to have different options in different positions in midfield,” he replied when asked if Willock was unfortunate not to have played more matches.

“But Willock is really, really improving a lot – sometimes by being in the starting XI or off the bench with good impact.

“I told him he is improving but he needs to not stop that improvement, we are working with him to improve even more.

“But, if his progression keeps going the way it is going right now, I don’t know when he will stop and how far he can go.

“He deserves us continuing to give him chances and really now we can say he is with us, in the squad and the first XI because he deserves it.

“His progress is a very good example as a positive to many others.”