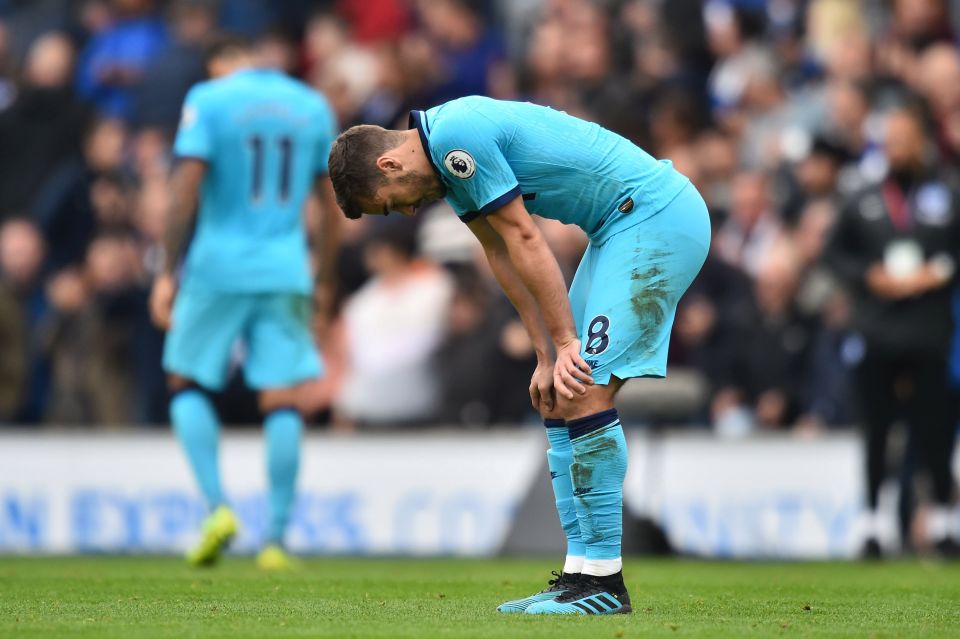 Tottenham have had the week from hell and it’s just been topped off by a horrendous 3-0 loss at Brighton.

As well as losing goalkeeper Hugo Lloris in what looks like a horrible injury, Spurs were outplayed and outclassed on the south coast, with youngster Aaron Connolly grabbing a brace to pile the pressure on Mauricio Pochettino.

And following the match, Arsenal has seemingly aimed a subtle dig at their bitter rivals.

Only the Gunners’ social media team will know if it was intentional or not – but it seems mysteriously well-timed nonetheless.

🌍 Where in the world will you be following tomorrow's game from? pic.twitter.com/zN9mlToA7k

The tweet – which was posted just minutes after Spurs’ defeat – features a picture of Gunners defenders Rob Holding and Callum Chambers laughing with the caption: “That feeling!”

A dig? Or simply coincidental? You decide.

Meanwhile, Pochettino – whose odds to be the next Premier League manager to be sacked have been slashed after the defeat – has remained defiant following the loss.

The Spurs boss told BT Sport: “It was a big effort to the fans and we put out that performance. We were at the top but now we need to get more. It is not easy.

“After five and a half years this is the first tough time we are having. There is a feeling that this is not good at the minute. I want to keep working hard.

“I hope the pressure is coming to me and that leaves it off the players.

“Now is a moment to be strong. We cannot underestimate the situation but work is needed. There is always the possibility to make us stronger.”