in Off The Pitch, Press conference and interviews, Top Stories
0 0
0 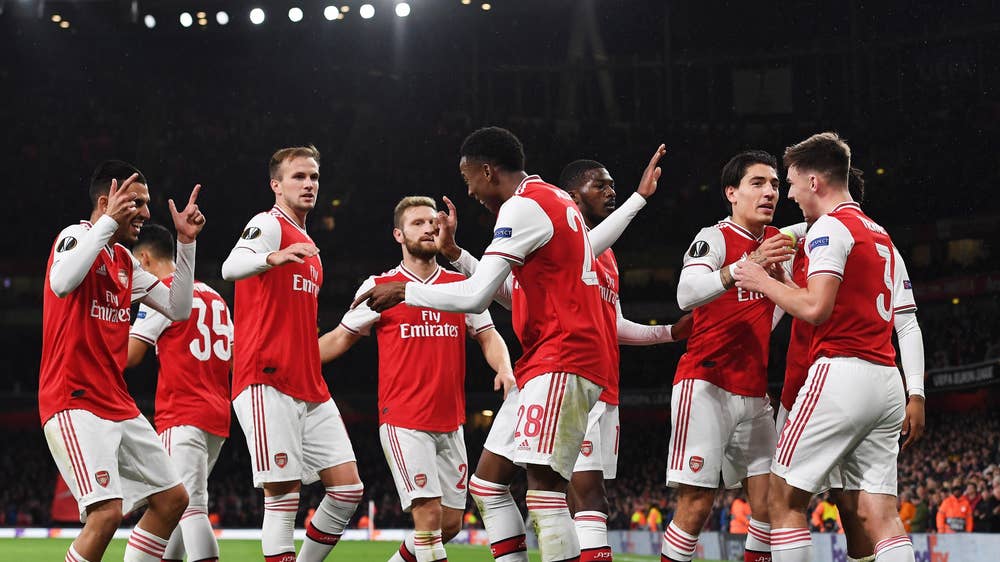 Unai Emery did not consider Mesut Ozil worthy of a place in his matchday squad over Arsenal’s youngsters, who ripped through Standard Liege with a 4-0 victory in the Europa League on Thursday night.

Ozil, the highest-paid player in the club’s history, was left out entirely for the second consecutive match, following his omission for the 1-1 draw at Manchester United on Monday.

This was despite Emery making ten changes to his XI against Liege and fielding a side comprised largely of young talent, with the impressive Gabriel Martinelli netting a brace.

The 18-year-old summer signing netted twice in three first-half minutes before setting up Dani Ceballos to score his first goal for the club, with Joe Willock having already added the third.

“When I decided he shouldn’t be in the squad it’s because I think other players deserved it more.

“He needs to continue working. Tomorrow we have trained with the players who didn’t play, and on Sunday we have another match, and we are going to decide the same.

“Our target is to win on Sunday against Bournemouth, and we want to carry on our same way in each match.”

Martinelli, who scored two goals on his full debut in the Carabao Cup win over Nottingham Forest last week, followed it up with another double here and Emery has been impressed by his start to life in England.

“I saw him in pre-season and he was working and in each training showing us his hunger,” added Emery.

“In pre-season, he was perfect all the time with us in training, and I spoke to him to be calm because when he arrived with an opportunity to play like tonight if he continues with this hunger then I think he will do well. Tonight confirmed that.

“The first thing in his mind is to help us and receive some minutes with us in the team. Tonight I think his performance and attitude were amazing.”