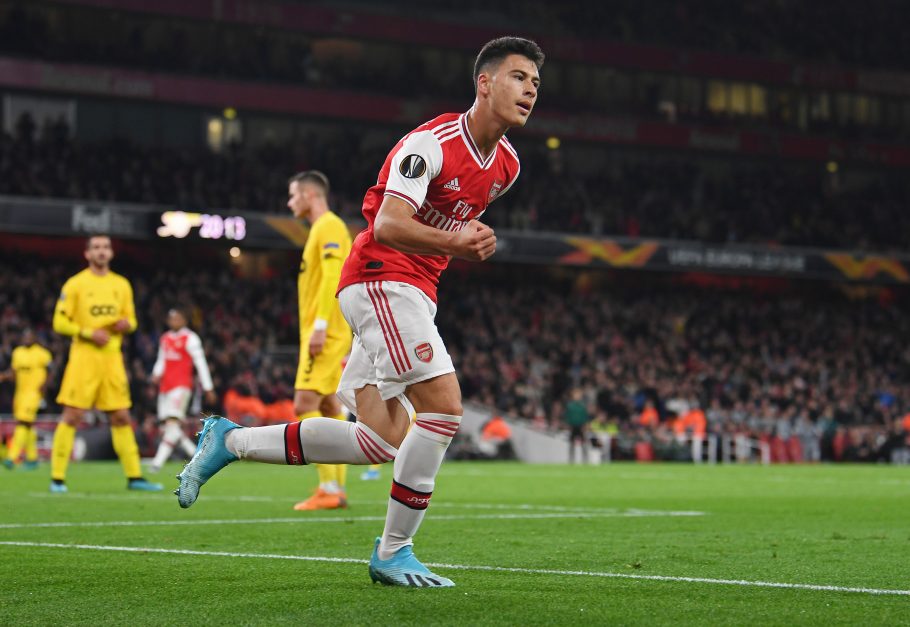 Teenage striker Gabriel Martinelli scored two goals and set up another to give Arsenal victory over Standard Liege in the Europa League.

There were less than three minutes between the 18-year-old Brazilian’s first and second goals while team-mate Joe Willock, 20, made it 3-0 before half-time.

Martinelli, who joined for £6m this summer, later set up Dani Ceballos for his first Arsenal goal.

There were 10 changes to the Arsenal team who drew with Manchester United in the Premier League on Monday but no place in the squad for German midfielder Mesut Ozil.

Instead, manager Unai Emery put faith in the likes of academy graduate Willock, Martinelli, and 19-year-old Reiss Nelson – as well as summer signing Kieran Tierney, making just his second start for the club.

All four impressed as Tierney set up Martinelli’s first with a whipping cross from the left before teeing up Nelson’s shot in the build-up to Willock’s goal.

Nelson recorded an assist – feeding Martinelli for his second – before slipping in the Brazilian to tee up Ceballos’ goal in the second half.

It could easily have been more for the Gunners on a very positive night which also saw full-back Hector Bellerin, captain for the night, making his first start in over nine months following a knee injury.