Unai Emery adamant Pepe will have a ‘big career’ at Arsenal 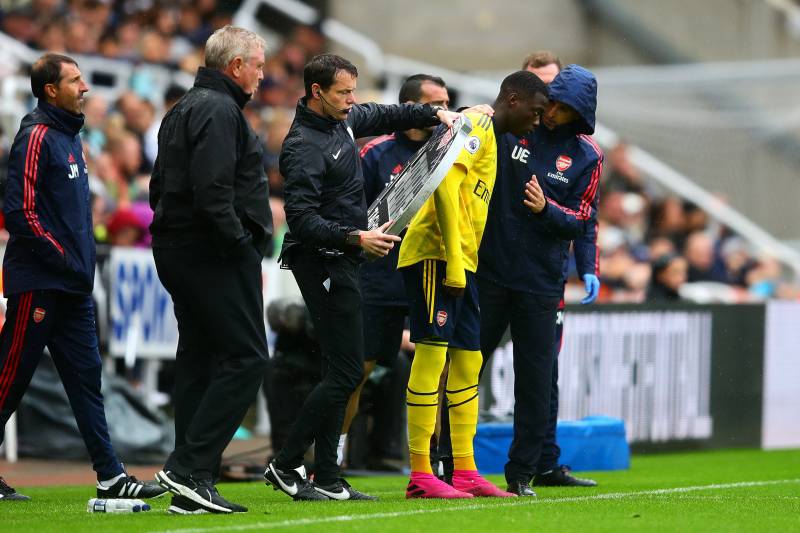 Unai Emery believes club-record signing Nicolas Pepe will have a “big career” at Arsenal, despite an underwhelming start in the Premier League.

Pepe, who joined the Gunners in a £72m deal from Lille in the summer, has scored just one goal – from the penalty spot – this season and was ineffective in the 1-1 draw against Manchester United on Monday.

The 24-year-old admitted in an interview to French radio stationRMCearlier this week his start to life at Arsenal “has not been easy”, but Emery is confident the Ivory Coast international will soon demonstrate his ability on a consistent basis.

“Pepe is an amazing player. I am sure he is going to have a big career here,” Emery said.

“He needs time but also a lot of players when they came here, the first month, the first year is not easy for them. But I am going to work with him to make that adaptation easier.”

Pepe scored 22 goals in Ligue 1 last season but has so far failed to make the impact Arsenal would have hoped for and was replaced by teenager Reiss Nelson at Old Trafford.

Asked whether the transfer fee was weighing heavy on Pepe, the Arsenal boss added:

“They are human, every player. When they are here working, playing, with us, we don’t want and it is not relevant for us to speak about the money.

“Not for him, not for another, young player or experienced players. The salaries are not important to me. They are players, they are human and they play not thinking about that.

Arsenal host Standard Liege in their second Europa League group stage match and indicated he may rest Pepe as he looks to provide game-time to other members of his squad.

Emery says pressure is a “privilege” at leading clubs in Europe like Arsenal and says he will continue to demand high standards from his squad as they target a top-four league finish.

“Every player was selected to be here and it is a privilege to be here,” he said. “That privilege is [being] under pressure, of course. But it is positive. Not about salary or how much the club paid for him.

“It is because we need to achieve good performances individually and collectively. We need to be very demanding – me and himself.

“Everyone deserves to be here. You are a privileged player to be here as I am a privileged coach to be here and we are playing to achieve something important. It is demanding but I am not feeling pressure as a negative thing. I am very demanding to push the players.

“We are in a great team and we have a big responsibility but it is positive. [If] we can do that, we will be able to achieve good things, big things. For us, it is natural to play under pressure.”