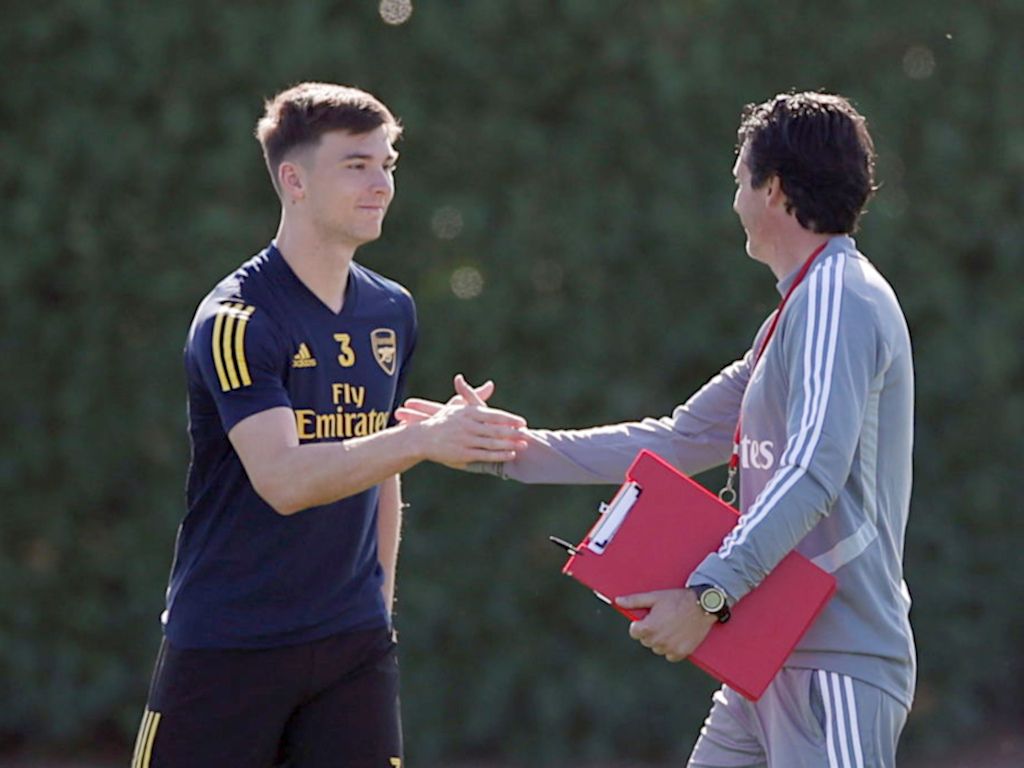 Tierney has managed just 77 minutes of football since joining Arsenal from Celtic and the defender missed Monday night’s 1-1 draw at Manchester United after suffering a small setback in his recovery from a groin injury.

Emery has confirmed Tierney will face Standard Liege at the Emirates on Thursday as Arsenal look to continue their winning start to their Europa League campaign.

“He still needs time, confidence, training, and playing. Tomorrow is a good opportunity, he is ready to play,” said Emery.

“It will take minutes and take confidence, he will be able to show us his progress.”

Tierney was left out of the latest Scotland squad on Tuesday to face Russia and San Marino and Emery believes it is too soon for the full-back to return to the national side.

When asked if he had spoken to Scotland head coach Steve Clarke, Emery said:

“No, [but] I asked Kieran yesterday because we were waiting first for him to be with us consistently playing.

“After his injuries, each step is important to do consistently.

“He didn’t play in Manchester because he had a small problem, not important, but the doctor told us it would be better to be here working alone and preparing for the match.

“If we are taking precautions with him, it is also important for the national team. We are thinking it is not the moment for him to go with them.

“Now he is going to play today and hopefully he can be completely good physically, tactically with the performance we need.

“With us, he can play, but taking precautions to not play a lot of matches in a few days.”

Emery says Hector Bellerin is also likely to feature against Liege if he feels comfortable on the morning of the match.

The Spaniard came on as a late substitute in the 5-0 win over Nottingham Forest in the Carabao Cup, after missing more than nine months with a knee injury.

“Hector Bellerin is the same [as Tierney] but with a small difference because his injury was a long time,” said Emery. “After a long time, nine months, we need first to play.

“Fifteen minutes he played with us [against Nottingham Forest], perfect. He played with the U23s for confidence, he was doing action on the pitch to feel good.

“For tomorrow we are thinking, it depends on the training we are doing now, how he is feeling. If he is feeling well tomorrow, normally he is going to play.”

Emery has suggested he will rotate his squad against Liege to give opportunities to some of his younger players.

“We are doing that. Last year we started working every training with [Joe] Willock and [Eddie] Nketiah and other players. We had a lot of academy players close to us.

“We want to give them that opportunity. Now it is the same.”