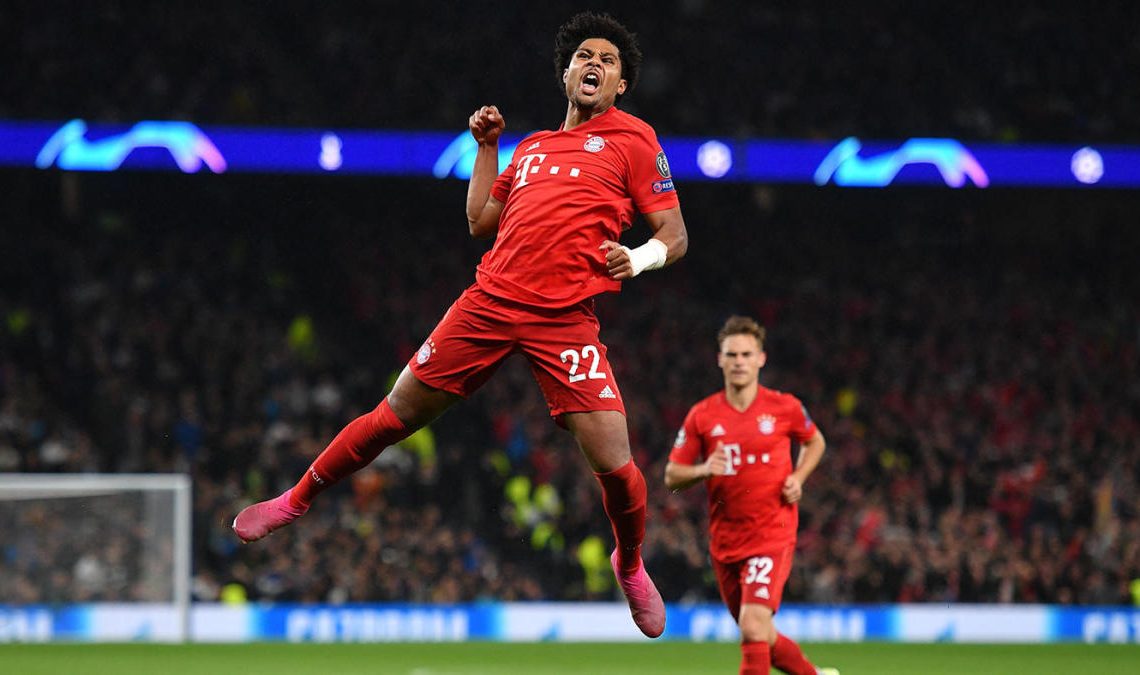 Tottenham Hotspur’s troubles continued as they were humiliated in the most devastating fashion by Bayern Munich in the Champions League on one of the most embarrassing nights in their recent history as Serge Gnabry scored four goals.

The scale of this thrashing for manager Mauricio Pochettino and his players was made even starker by the fact they took an early lead through Son Heung-min and were on level terms until just before half-time.

Bayern posed a huge threat throughout and was quickly on terms through Joshua Kimmich’s superb 20-yard finish – but Spurs failed to heed the warning signs and ended up reduced to a rabble as they sunk without a fight in the second half.

Strange as it may seem to look at the scoreline, this was an enthralling encounter that really turned on the stroke of half-time when, with matters in the balance, Robert Lewandowski produced a brilliant turn and right-foot finish past Hugo Lloris from 20 yards.

The manner in which Spurs subsided once they went behind will be of huge concern to Pochettino and all those who have detected underlying problems with the manager and his team since they lost the Champions League final to Liverpool in June.

Bayern gathered momentum and put themselves out of sight when former Arsenal youngster Gnabry scored twice in as many minutes shortly after the interval, taking full advantage of more poor defending to beat Lloris emphatically.

Harry Kane gave Spurs brief hope with a penalty after Kingsley Coman fouled Danny Rose but Bayern was in no mood to open the door, instead of running riot as Gnabry added two more, with another smooth finish from Lewandowski sandwiched in between.

It is the first time in Tottenham’s 137-year history that they have ever conceded seven goals at home in any competition.

Spurs left the pitch to a chorus of jeers. They will cling to the fact they reached the final after losing their first two group games last season – but this is the sort of beating that will take a long time to recover from.

Tottenham’s display had so much to commend it for the first 35 minutes as they closely resembled the side that reached the Champions League final so dramatically last season, playing with passion, urgency and pace to trade blows with this dangerous Bayern.

Even when honours were even, however, danger lurked obviously as Spurs were being exposed on the flanks as the pace of Gnabry and the prowess of Lewandowski flagged up big trouble ahead.

And so it proved as, from the moment Lewandowski swept a magnificent low finish past Lloris with virtually the last kick of the first half, Spurs were stretched and picked apart, with the defensive pairing of Toby Alderweireld and Jan Vertonghen looking slow and laboured. The sight of the latter plodding in the wake of Gnabry when he hit the back of the net once more was a particularly ominous sight.

Spurs will also look at early chances squandered by Son but there is no escaping the brutal reality of what was done to them by Bayern.

This is regarded as a Bayern side in transition, remember they lost at home to Liverpool in the last 16 last season, but by the final whistle it was literally a question of how many they would score as Spurs waited for the whistle like a boxer waiting for the final bell.

Spurs can still get out of this group but serious damage will have been inflicted by this loss and its inglorious manner.

What now for Pochettino?

Spurs’ battling win against 10-man Southampton on Saturday looked to have lifted the siege mentality around manager Pochettino and answered the questions asked after an indifferent start to the season which saw a Carabao Cup exit to League Two Colchester United.

Instead, after this, the questions will not only return but will be more probing. This result will not only stun Pochettino, his players and Spurs supporters, but it will also come as a jolt to chairman Daniel Levy.

Spurs now see themselves as big players on this elite European stage but this scoreline paints them as the opposite. Levy will not appreciate that.

Pochettino must now rally himself and this bedraggled team, who looked lethargic and lacking the stomach for the fight once Bayern took control.

These are decisive days for Pochettino and Spurs.