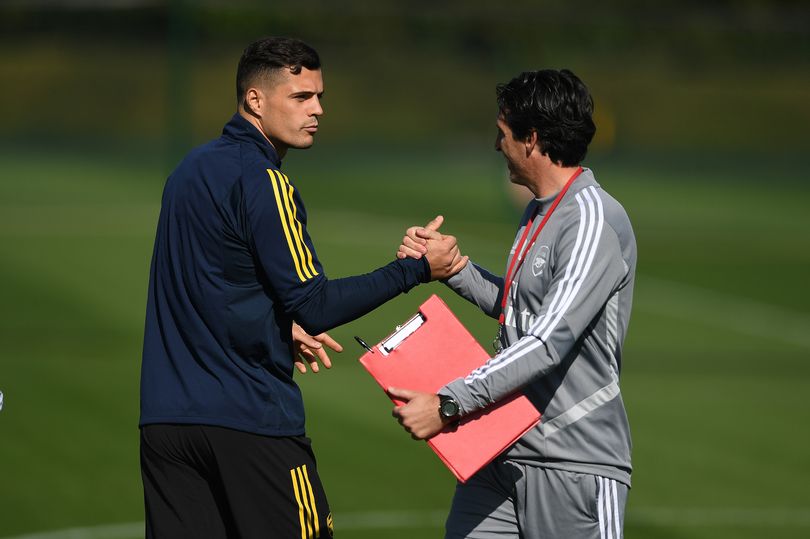 Pierre-Emerick Aubameyang, Hector Bellerin, Alexandre Lacazette, and Mesut Ozil are the remaining members of the captaincy group, with Emery indicating that that would be the hierarchy. 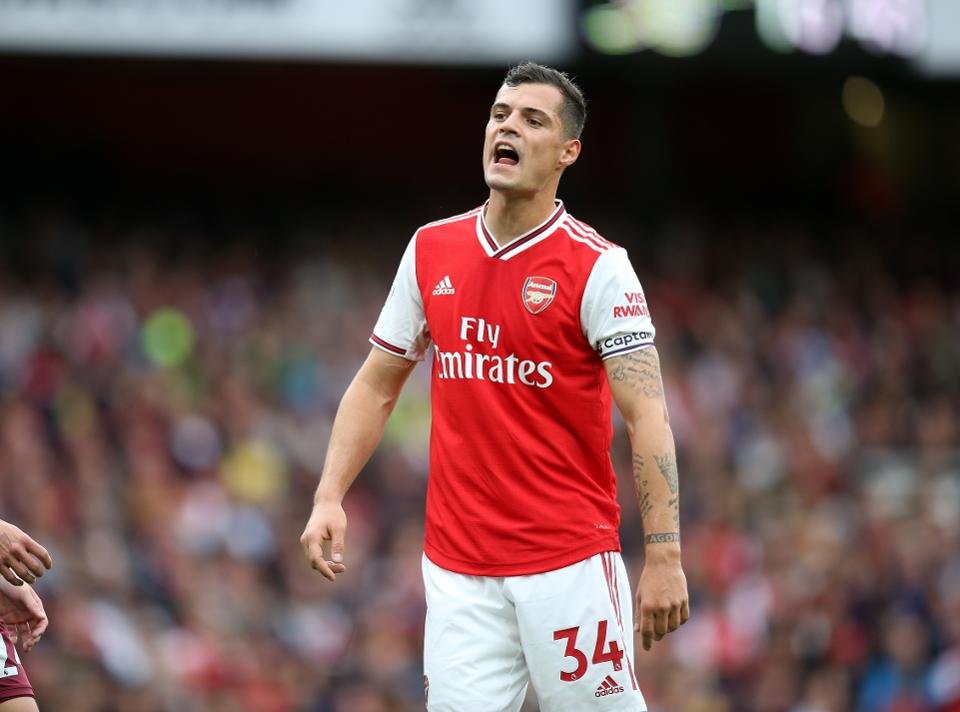 Swiss midfielder Xhaka, who turned 27 today, has worn the armband in six of Arsenal’s eight games so far this season and it had been widely expected prior to today’s official announcement that he would be formally confirmed as the club’s leader imminently.

Emery did indicate that Xhaka’s captaincy does not guarantee that he will be a guaranteed starter in his side, saying:

The performance is giving me the next first 11, not the captains.”

The decision to hand Xhaka the armband, whilst not a surprise, is unlikely to go down well with many Arsenal supporters.

Indeed former Gunners’ center-back Martin Keown has said that he thinks Emery made the wrong choice by not selecting Aubameyang, the talismanic striker who has scored or assisted in every game he has featured in so far this season.

Xhaka’s error-prone displays – no midfielder has made more mistakes leading to goals in the Premier League since Opta began tracking figures in the 2007/08 season – have led to intense debates over his role in Emery’s side.

Indeed Xhaka has even been booed off the pitch when he was substituted during Arsenal’s 3-2 win over Aston Villa on Sunday, after which Emery offered a robust defense for his under-fire captain.

However, Keown has warned the issue is far from solved and counseled Emery that he has risked dividing Arsenal fans by giving Xhaka the armband.

“I am surprised I must say, first of all, because you need to be sure of being in the team and I wouldn’t say he is on borrowed time, but there are other people you are looking at in that group; [Lucas] Torreira, [Dani] Ceballos pulling the strings, [Matteo] Guendouzi starting to progress.

“Granit Xhaka is obviously going to be a permanent fixture in the midfield, I am surprised by that. I perhaps would have gone for Aubameyang. He would have been a pretty good fit and it might have given him a bit of extra responsibility. He is doing fantastically well at the moment, and he is sure in the team, he is a regular.

“This is really going to divide the fans. There are times when he goes missing in that midfield, and he has given penalties away recently.

“He must be an incredible character off the pitch, and a manager wants to take all of that into consideration.

“He must be a proud man to be Arsenal captain, and we have to take all of that into consideration, the manager is grasping the nettle because it is controversial.”