The day Arsenal and Liverpool sold us a thriller 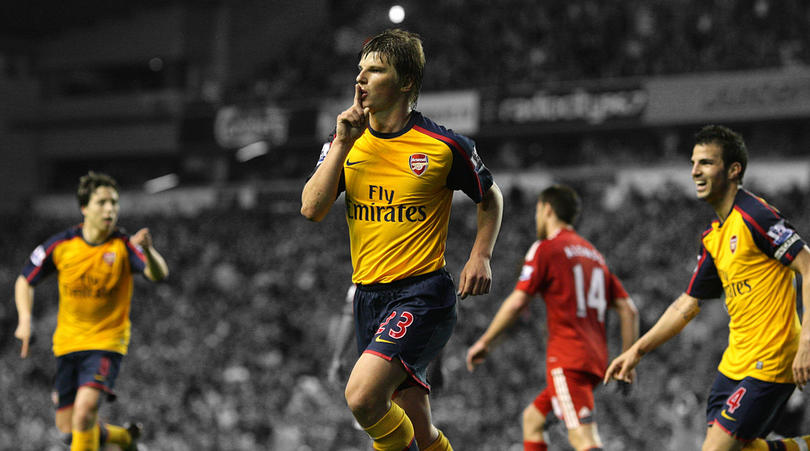 Ahead of the Premier League match between Liverpool and Arsenal in the 2019/2020 season at Anfield, Citi Sports editor, Nathan Quao, hops into the Citi Sports Premier League time-machine and goes back to 2009 when the two teams were engaged in a hair-raising 4-4 draw.

Both teams have won their first two matches of the new season and the upcoming tie presents an opportunity for either side to get a win and have an advantage no matter how slight.

Last season’s 5-1 victory for Jurgen Klopp’s men was huge for Liverpool who showed just what they could if they were at their devastating best. The highlight of the day was Roberto Firmino’s run to the goal that made the score 2-1 to Liverpool. He had Arsenal players falling to his left and right as they failed to handle his brilliance.

However, all the talk of Saturday’s clash being important and potentially telling in the stories of the two teams this season requires a journey back into time to 2009 when perhaps the Premier League’s greatest showdown took place.

It was April 21, 2009, and for Liverpool, not winning against Arsenal at Anfield would constitute adding more wrapping paper and ribbons to the Premier League title and handing it to the old enemy- Manchester United.

They just could not let that happen.

But on match day, something very dramatic played out eventually.

After not having much of the ball in the first half, Arsenal finally went forward and after a sequence of passes involving Samir Nasri and Cesc Fabregas, the ball was fed to Andrey Arshavin and he thumped it home first time at the Kop end.

Liverpool had to find a way back into the match and save their title dreams and they did so. Fernando Torres rose to meet Dirk Kuyt’s cross and his header hit the back of the net in the 49th minute to make it 1-1. 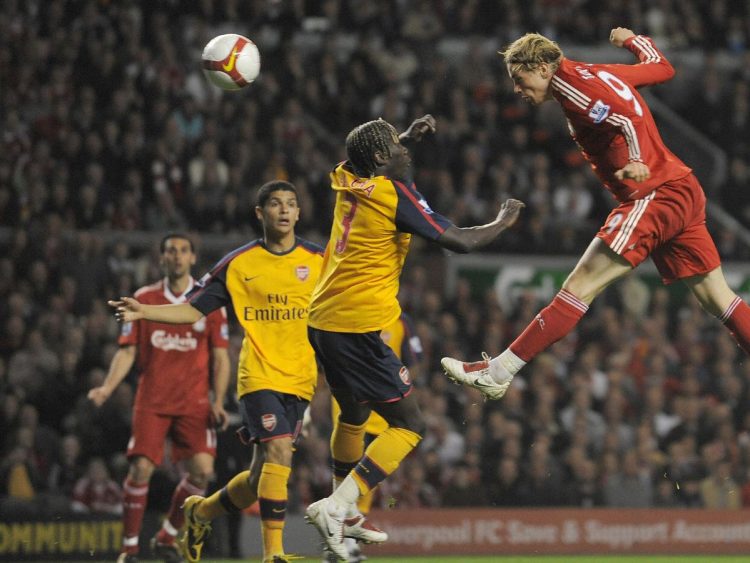 7 minutes later, the Reds completed the turnaround when Yossi Benayoun headed in another Dirk Kuyt cross. The Israeli was injured in the process after Bacary Sagna caught his head in a bid to clear the line. Lukasz Fabianski in Arsenal’s goal tried all he could to punch the ball away but it had already crossed the line before he sent it away.

Arsenal did not lie down and 10 minutes later, Arshavin got his second of the evening after he robbed Alvaro Arbeloa of the ball and fired home his effort past Pepe Reina in goal for Liverpool.

In the words of the tv commentator, Jon Champion, the goal had created“another twist in the title chase.”

It was Liverpool 2-2 now but the fun was not over.

Three minutes later, Arshavin was at it again. A botched clearance from Fabio Aurelio sent the ball straight to the Russian hitman and happily put the ball away under Reina and wheeled away in celebration displaying three fingers to mark his hat-trick that night. A hat-trick that has not been achieved by any opposing player at Anfield ever since.

But that was not the end of the story because if there is any team capable of beating the odds and fighting death, it is Liverpool and they found the gene that keeps them alive in matches in the 72nd minute through Fernando Torres.

After taking down a cross from Albert Riera in the 72nd minute, the former Atletico Madrid forward steadied himself, did a quick hesitation to buy a few seconds and he let off a shot into the net despite Fabianski’s efforts to save it.

Now, there was all to play for and the two teams were throwing everything into the mix to win the match. But Liverpool wanted it to so badly they invested more and in the process, exposed themselves to a counter-attack and Arsenal were very happy with that idea.

In the 90th minute, Theo Walcott got hold of the ball and he had acres of space down the right to run into but soon, Arshavin was seen eating up the dirt as he sprinted up the field. Walcott gave him a pass and Arshavin rifled in a left-footed past a helpless Reina. 4-3 to the Gunners and they had surely won it. Arshavin this time held up four fingers as he trotted away in sheer delight at his night’s work.

But Liverpool fought back again.

Xabi Alonso sent a cross into the penalty area. Javier Mascherano headed it towards the penalty spot. It took a slight touch of Ryan Babel and it was set up for Benayoun who stroked home in the 2nd minute of injury time. 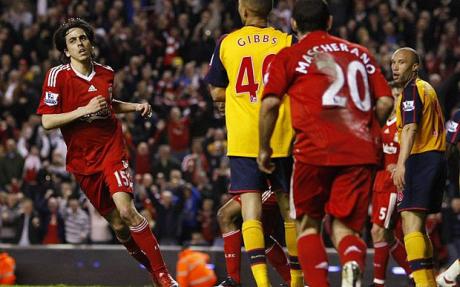 4-4 was the score and that was how it ended.

Those were the words used to describe the match and they were all very fair ratings.

Ultimately, the tie only helped Manchester United to clinch the league; their third in a row as they had picked up the crown in the 2006/07 and 2007/08 seasons.

What will happen this season?

No one knows what is sure is that the match will be live on Citi 97.3 FM on Saturday, August 24 at 4:30 pm as part of the station’s live and exclusive coverage of the Premier League.