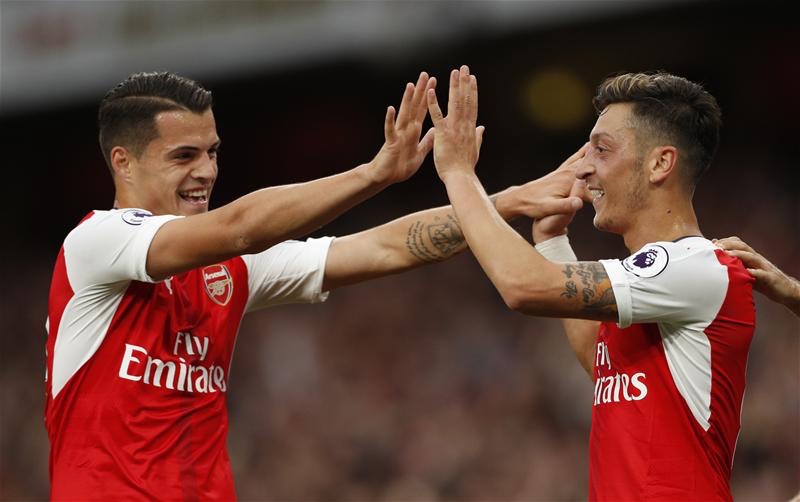 Arsenal will make late calls on the fitness of Mesut Ozil and Granit Xhaka ahead of Saturday’s trip to Liverpool, says head coach Unai Emery.

Both players returned to training this week after missing Saturday’s 2-1 home win over Burnley, Arsenal announced on Thursday morning. Ozil has been absent due to illness while Xhaka has been struggling with a leg injury.

“We will assess them tomorrow. Today (Thursday) they trained but I need tomorrow to have the last training.

“I’m positive with some players, but I don’t want to decide today or say to you today because tomorrow things may change.”

If Ozil is deemed fit for Saturday’s game, it would be his first appearance of the new season.

The midfielder missed the opening day victory over Newcastle at St James’ Park, along with team-mate Saed Kolasincac, due to concerns for their safety.

The pair were involved in an attempted robbery in Golders Green, north London, in July – but emerged unhurt after they were chased by armed assailants on mopeds.

“I think [Ozil] needs to be fit, and also he is training as normal with the team – which is the first way to get fit,” said Emery.

Arsenal’s last trip to Anfield, back in December, ended in misery for the Gunners as they lost 5-1 to Liverpool.

“Each season is different,” said Emery, when asked about how he can avoid a repeat of last season.

“We can use last year two, three, four years ago. Anfield is a big atmosphere, they are a very good team, they have an advantage over us for their progress and in their moments in the last years.