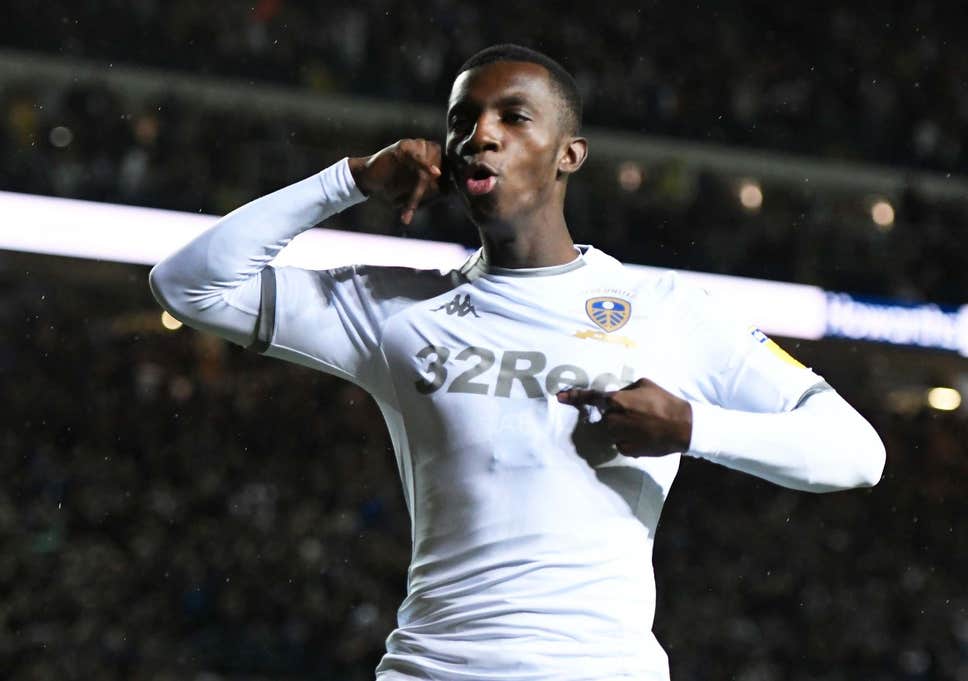 Eddie Nketiah made a name for himself at Elland Road by coming off the bench and netting a late winner as Leeds returned to the top of the Championship with a 1-0 victory over Brentford.

With former Arsenal striker Ian Wright watching on from the stands, the Gunners loanee was sent on for his Championship debut in the 77th minute in a bid to find a goal.

Nketiah impressed during pre-season for Arsenal, but the arrival of Nicolas Pepe meant chances in a stacked front line would have been hard to come by this season.

The 20-year-old forward is on loan with Leeds this season and got off the mark with a goal in the 3-0 EFL Cup win over Salford City last week – and was at it again in his first Championship appearance of the campaign.

With Marcelo Bielsa’s side struggling to find a breakthrough against Brentford at Elland Road, Nketiah came in the 77th minute. That change reaped dividends as the Arsenal loanee struck four minutes later, finding space in the six-yard box to tuck home a low cross into an unguarded net.

Chants of “Eddie, Eddie” rang around Elland Road as Nketiah celebrated, and no doubt Unai Emery and Arsenal fans will also be pleased after another promising performance from the striker.