David Luiz says he left Chelsea because of his ‘ambition’ 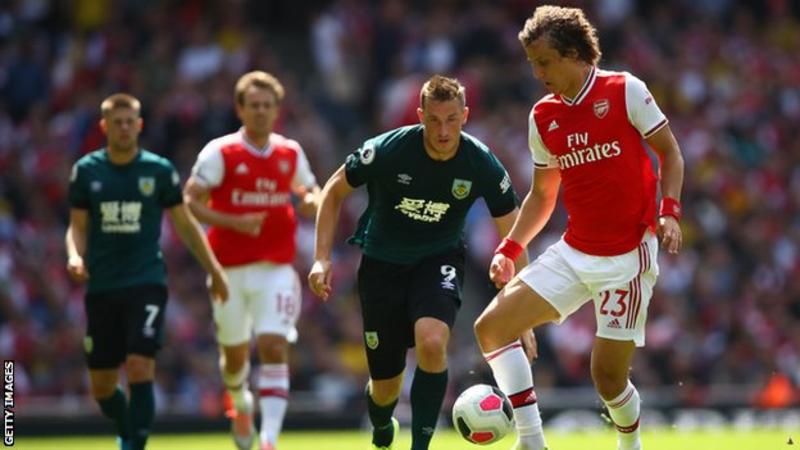 David Luiz said he left Chelsea to join Arsenal because of his “ambition” and to experience a “new challenge”.

The 32-year-old centre-back made his Gunners debut in Saturday’s 2-1 Premier League home win over Burnley after his move on transfer deadline day.

Chelsea, who beat Arsenal in the Europa League final, came third in the league last season with Arsenal fifth.

“I am a guy with ambition and that is why I moved. I like a new challenge and new things in my life,” said Luiz.

“This is what gives me oxygen and gives me motivation and also to really enjoy this moment.

“I could have chosen a comfortable zone and got money and be cool and that is it.”

New Chelsea manager Frank Lampard told Luiz he would not be a guaranteed regular starter in his team and then allowed the Brazil international, who won six major honours in two spells at the club, to move across London to Emirates Stadium.

Luiz is expected to become a big part of Gunners’ boss Unai Emery’s plans and played alongside Sokratis Papastathopoulos as Arsenal gained their second win from two games this season.

“Everyone knows I was so happy at Chelsea and won many trophies there,” added Luiz. “I had a real honest conversation with Lamps, and Lamps had different ideas for his plans for the year.

“So the best way for me to respect the club where I can be to move on, try a new challenge and give him the opportunity to do his job.

“My philosophy on life is to be positive and to be a dreamer. I have my health, I can dream and we [Arsenal] can fight for something big.”