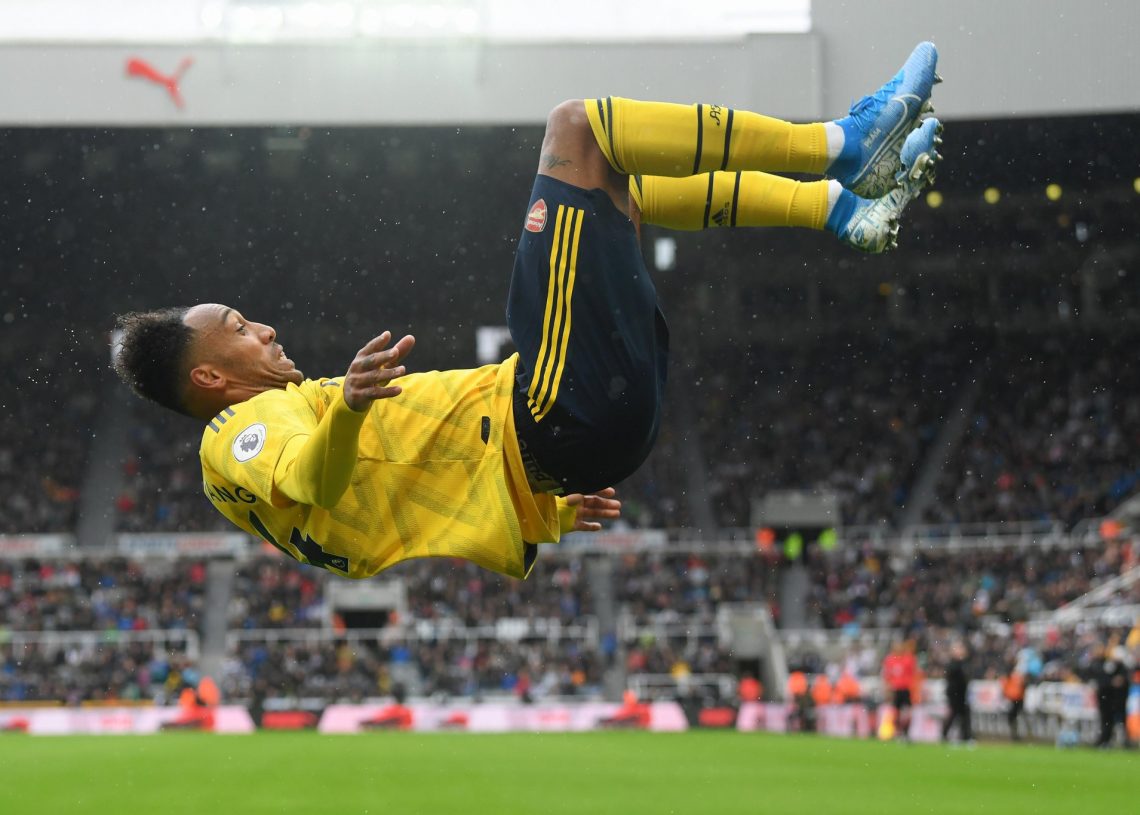 Pierre-Emerick Aubameyang marked his 50th English Premier League with a goal as the Gunners held on to a crucial win on opening day against Newcastle United at the St. James’ Park.

Arsenal was the much dominant side in the opening 20 minutes of the game has had about 70% of ball possession.

Both sides were cautious in their approach to the game but the first chance to give either side the lead was Newcastle’s Jonjo Shelvey who saw his belter hit the left post.

Henrik Mkhitaryan also had the chance to give the visitors what would have been a deserved lead but blasted his shot way off target.

New signing for the Tyneside club, Joelinton had a half chance but his effort only yielded a save by German international, Bernd Leno.

The Gabonese striker, Pierre-Emerick Aubameyang could have given the Gunners the lead but couldn’t get past Dubravska who parried his shot away for a corner kick.

Aubameyang who had 22 goals last season received a timely pass by the Armenian Mkhitaryan and the result of that link-up play was a corner.

The first half of the game ended in a goalless draw with both sides very much in the game and with the opportunity to get the win.

Aubameyang came close once again the opening six minutes of the second as the striker picked up a brilliant pass but his shot couldn’t beat the goalkeeper.

The third time on the attempt and Pierre-Emerick Aubameyang did not miss.

He received a cross from right-back Ainsley Maitland Niles and carefully lobbed over the Newcastle goalkeeper to give the Gunners a deserved lead in the 57th minute of the game.

New signing Dani Ceballos made his league debut replacing youngster, Joe Willock in the 63rd minute of the game.

New signing, Nicolas Pepe was handed his debut replacing another youngster in the Arsenal team, Reiss Nelson with 20 minutes to go in the game.

Brazilian teenager, Gabriel Martinelli also made his league debut for the Gunners, coming in for Henrik Mkhitaryan who had been instrumental in the game with just seven minutes left on the clock.