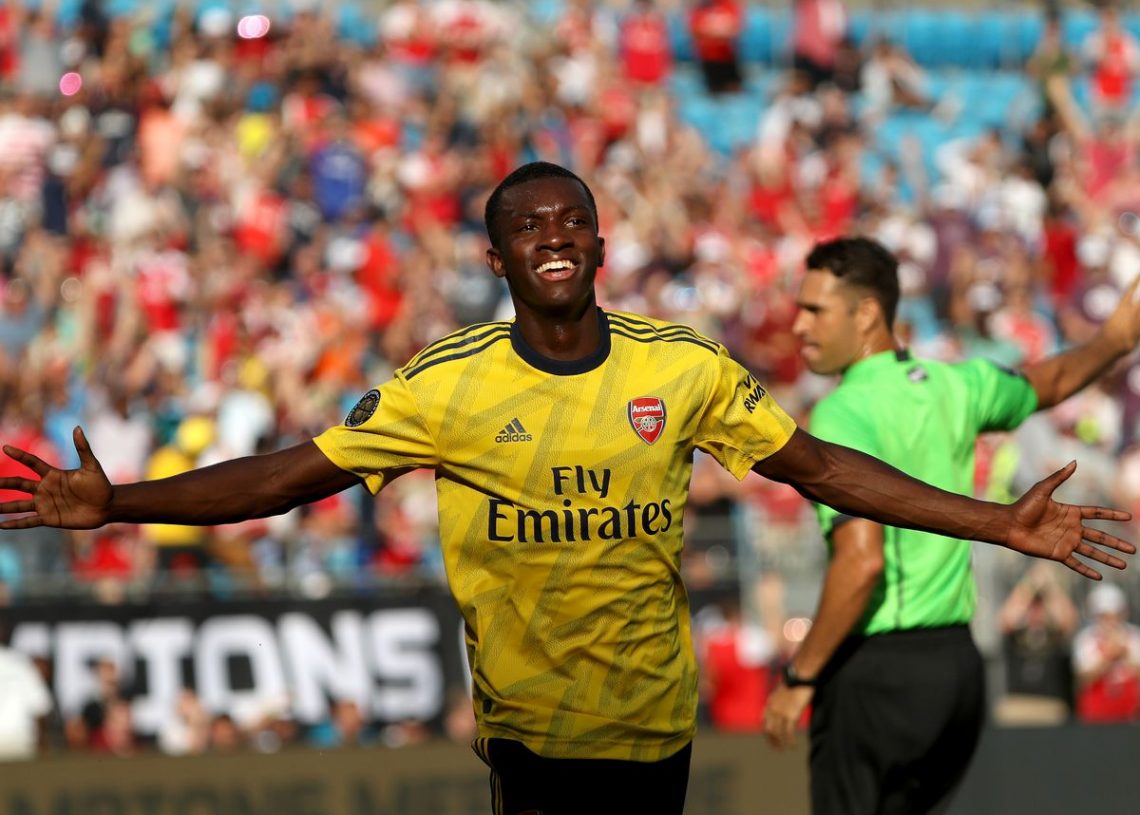 Youngster, Eddie Nketiah has joined Leeds on a season-long loan from Arsenal.

The 20-year-old has been linked with a loan move away from the London based club after having an impressive pre-season tour with the first team in the United States of America.

He featured in all of Arsenal’s pre-season games and scored a brace against Fiorentina in the International Champions Cup fixture.

The striker’s move to the Championship side and will help him compete for game time with Patrick Bamford.

Leeds’ director of football Victor Orta has a good relationship with Emery and it is understood he made a personal pitch to Arsenal for Nketiah on Tuesday.

The England Under-21 international has made 19 appearances in all competitions for the Gunners and has scored three times since making his debut in the Europa League clash against BATE Borisov in 2017.

He scored in Arsenal’s final day 3-1 win at Burnley last season but is yet to start in the Premier League and was on the bench for the 4-1 Europa League final defeat to Chelsea in May.