Elneny and Torreira return to training ahead of new season 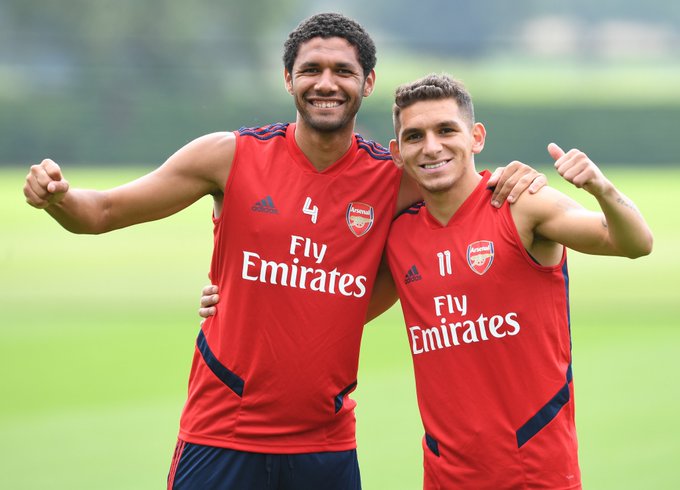 Unai Emery has been handed ahead of the upcoming season as Mohammed Elneny and Lucas Torreira returns from holidays.

Elneny and Torreira have returned to the Gunners after having extended breaks after representing their countries in the Africa Cup of Nations and Copa America respectively.

Elneny was handed a call-up to the Egyptian national although he didn’t get enough play time under Unai Emery last season.

Torreira suffered a similar fate as Uruguay were knocked out by tournament minnows, Peru on penalties after a goalless game in regular time.

After the tournament, both players were handed extra days to cool and then return.

Elneny however is rumoured to be on his way out of the team as Unai Emery has often not relied on him during the previous campaign.

The Gunners are exploring their options in cashing in on the Egyptian midfielder in the coming days before the transfer window closes.