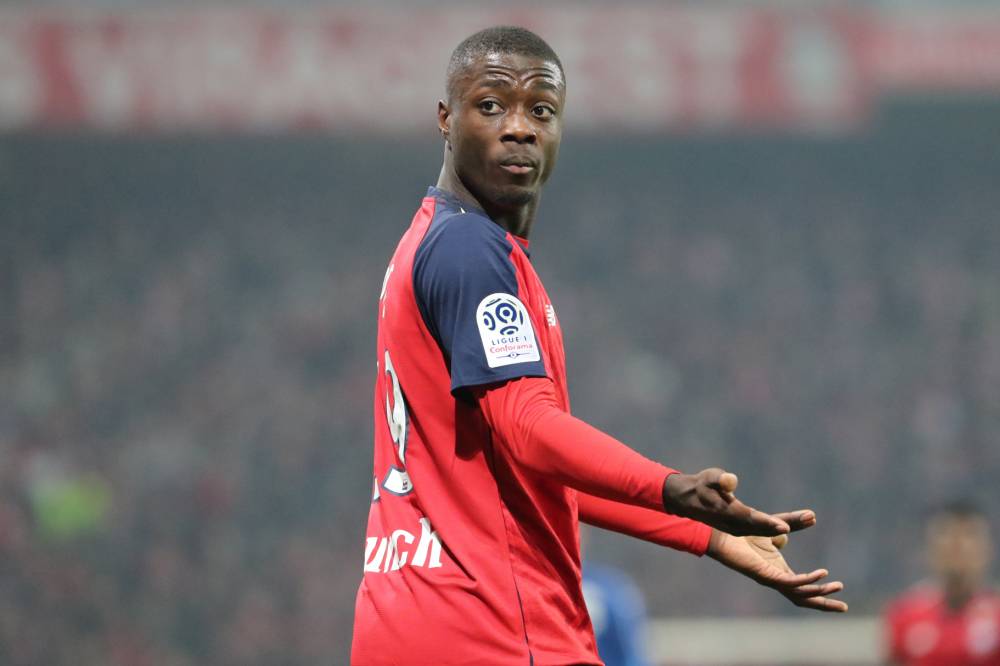 Arsenal is hopeful to confirm the signing of Nicolas Pepe from Lille.

The deal is reported to be £72 million.

The Lille president confirmed the Ivory Coast international will be exiting the Ligue Un club and four clubs have met the requirement price to acquire the services of the player.

It appears the winger who scored 22 goals and assisted eleven times last season has chosen to join the Gunners for the upcoming season with his move away from Lille imminent.

The 24-year-old has arrived in London to complete the deal and will have his medicals done and later sign a five-year contract.

The signing of the Ivorian will be the clubs fourth signing of the summer having the completed the deals of Gabriel Martinelli, Dani Ceballos (loan from Real Madrid), and William Saliba (loaned back to Saint-Etienne).

The Gunners will be looking at offloading some players to cut down cost in the team with Laurent Koscielny set to leave the club to Bordeaux or Stade Rennes.