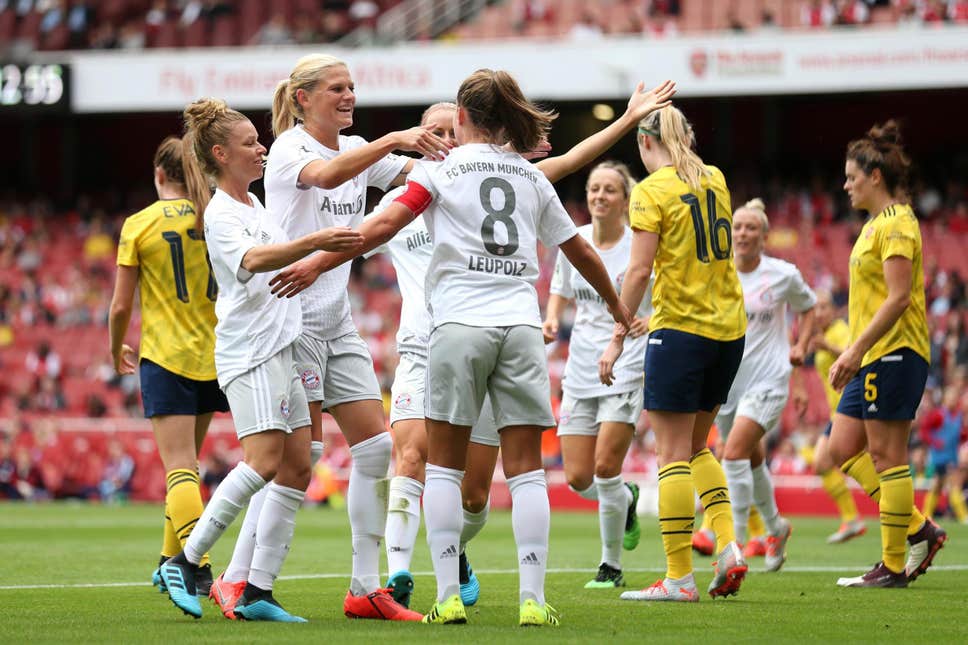 It was announced in May that the 2019 Emirates Cup will for the first time have the Arsenal Ladies participate in it.

The historic appearance did not end too well for the ladies as they were handed a defeat by the ladies from Bayern Munich.

Melanie Leupolz broke the deadlock as she saw her free-kick find the top left corner in the 24th minute of the game.

Many of the stars from the title-winning team were missing from action as the likes of Vivianne Mediema, Jill Roord, and Danielle van de Donk were left out.

With World Cup Golden Glove winner Sari van Veenendaal leaving Arsenal to join Atletico Madrid, there was a new figure in goal for the Gunners – Austrian Manuela Zinsberger, another signing from Bayern.

It was a sad end to the game as forward Danielle Carter was taken off on a stretcher after appearing to twist her knee and was in visible pain as she received gas and air on the pitch.