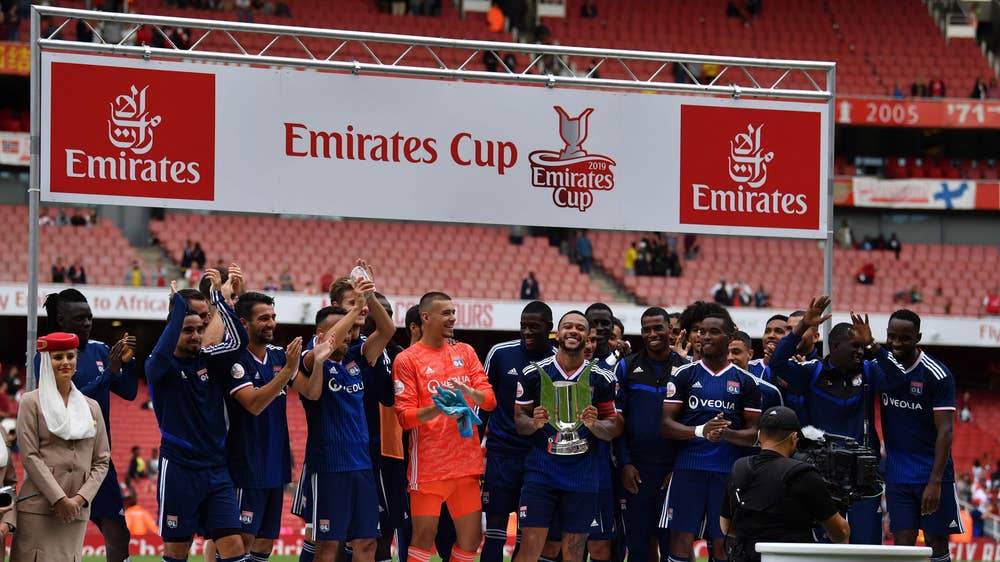 Dani Ceballos made his Arsenal debut but was replaced by teenage new signing, Gabriel Martinelli.

Alexandre Lacazette left the game in the 12th minute as he was unable to continue the match sustaining an injury.

Pierre-Emerick Aubameyang scored a first-half volley to give Unai Emery’s team the lead and set them on the right path to another trophy in the Emirates Cup.

The Gabonese’s goal was cancelled out by a Moussa Dembele’s powerful header into the bottom right corner.

Seconds after Gabriel Martinelli’s goal was ruled out, Dembele doubled his tally and Lyon’s lead as he calmly beat Bernd Leno.

The Gunners now have lost a second two pre season games in a row after losing on penalties to Real Madrid in the International Champions Cup.