Arsenal star Ozil attacked by carjackers with knives, as teammate tries to fight them off [VIDEO] 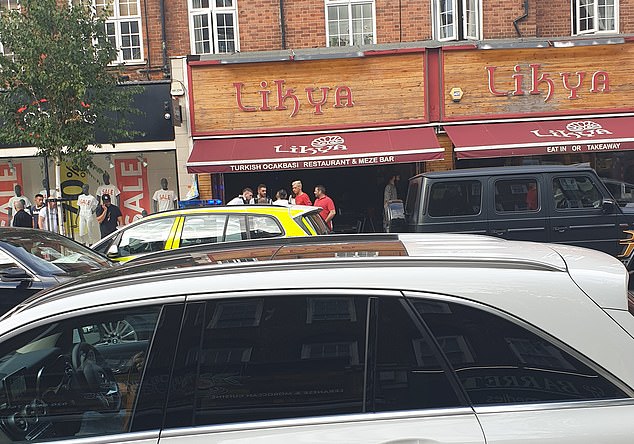 Arsenal midfielder, Mesut Ozil was pursued in his vehicle by suspected carjackers, holding knives and riding on a moped, through the streets of North London on Thursday afternoon

Ozil, driving in his Mercedes G-Class SUV, eventually ditched his car and bolted into a nearby Turkish restaurant.

The Daily Mail reported that his Gunners teammate, Sead Kolasinac, on realizing the situation, exited his car and attempted to fight the two carjackers “with his bare hands.”

The chefs and attendants at the restaurant then came onto the street, driving away from the assailants.

The police were called and are said to have arrived in minutes after which they questioned all the witnesses, including a very visibly shaken Ozil.

The entire incident was captured by security cameras, the footage from which the police are examining.

An eyewitness, Azuka Alintah, told the Mail that the player was terrified and barely escaped his attackers who had their faces concealed.

“It was totally mad and strange. His car was standing there empty in the middle of the road with its door hanging open. It is very distinctive, with gold trim. Ozil looked absolutely terrified, as anybody would after being chased by men with knives. He looked like he was running for his life. And I suppose he was.”

“I saw him disappear into the restaurant with the motorcycle guys on his tail. They didn’t take off their helmets and were all in black, wearing long-sleeved tops in this hot weather. They stood out. It was really creepy. ‘God knows what would have happened if they’d caught him. It looked to me like he’d have been hacked to shreds and he clearly thought so too.”

Watch Kolasinac fight off the assailant: