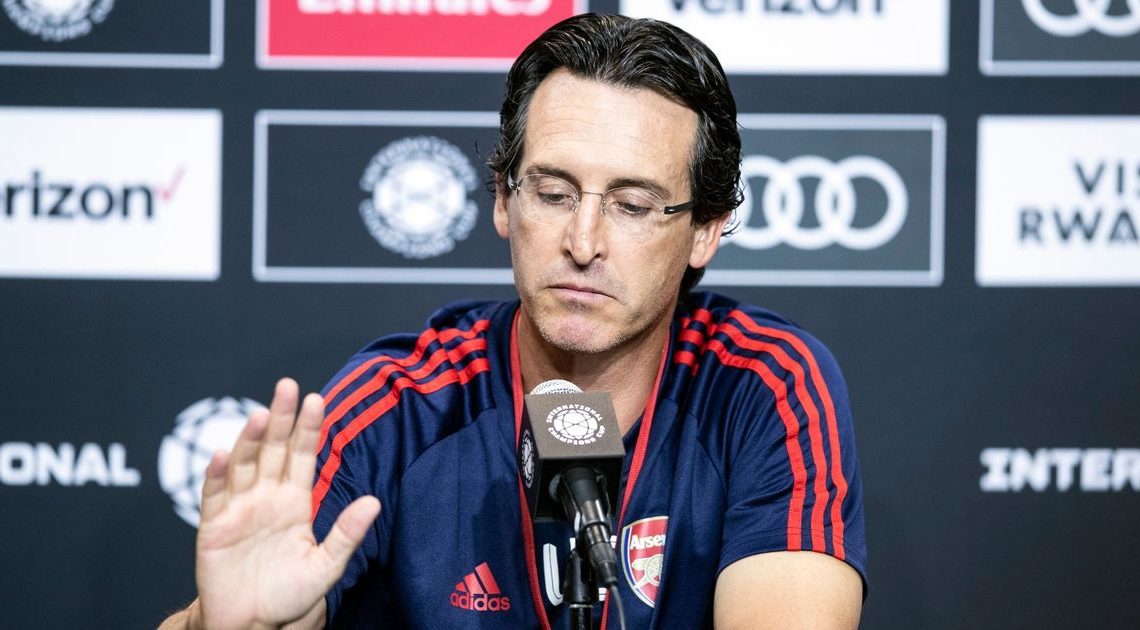 The Gunners’ Spanish manager spoke about the “imminent” departure of Laurent Koscielny after the clubs penalty shootout defeat to Real Madrid in Washington.

The Frenchman appears to be edging closer and closer to an exit from Arsenal.

The 33-year-old refused to travel with the rest of the team to the club’s pre season tour in the United States of America in a bid to force an exit England.

“I tried to continue working and finding one solution between the club, between him and us,” Emery told Arsenal’s website after a penalty shoot-out defeat to Real Madrid in their International Champions Cup game at Washington Redskins’ FedExField stadium.

“When he decided not to come here with us on tour, the solution is now only for the club and him.

“Now it’s an issue only for the club and him. My idea is to continue with the players we are working with, and the players that want to be here.”

Koscielny joined the Gunners in 2010 and has since made 353 appearances for the club.