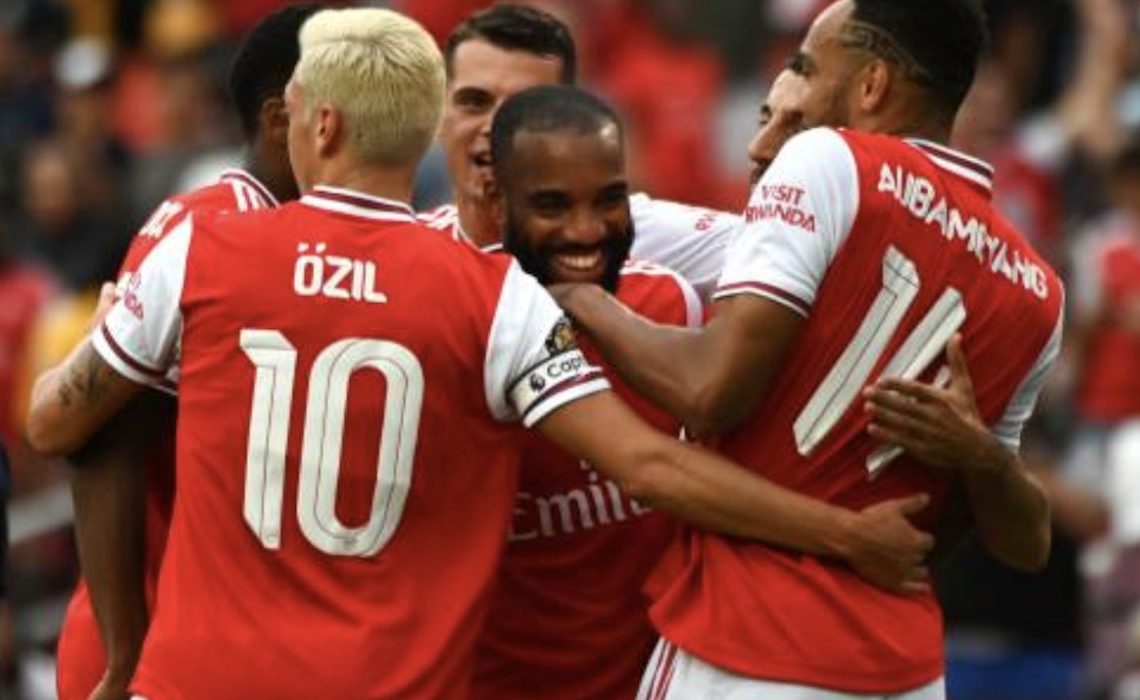 Pre season games in the U.S continued as Arsenal took on Real Madrid in Washington.

The Gunners took a two-goal advantage but saw their lead fall into ashes as Asensio forced the game into penalties.

Alexander Lacazette gave Arsenal the lead after Nacho Fernandez handled the ball in the 18-yard box.

The Frenchman rounded the on-rushing Keylor Navas before his shot was blocked on the line by Nacho to deny him the chance to score.

Pierre-Emerick Aubameyang doubled the North London club’s advantage in the 24th minute of the game.

The Gabonese striker dribbled the Real Madrid goalkeeper before finding the back of the net to put the Gunners in firm control of the game.

Unai Emery’s side looked to be in charge of the match until Sokratis Papastathopoulos was sent off for second bookable offense.

Real Madrid outcast, Gareth Bale pulled one back for Los Blancos in the 57th minute to give the game some spice.

The Gunners eventually lost the game on penalty shootouts as the Gunners suffered their first pre season defeat.