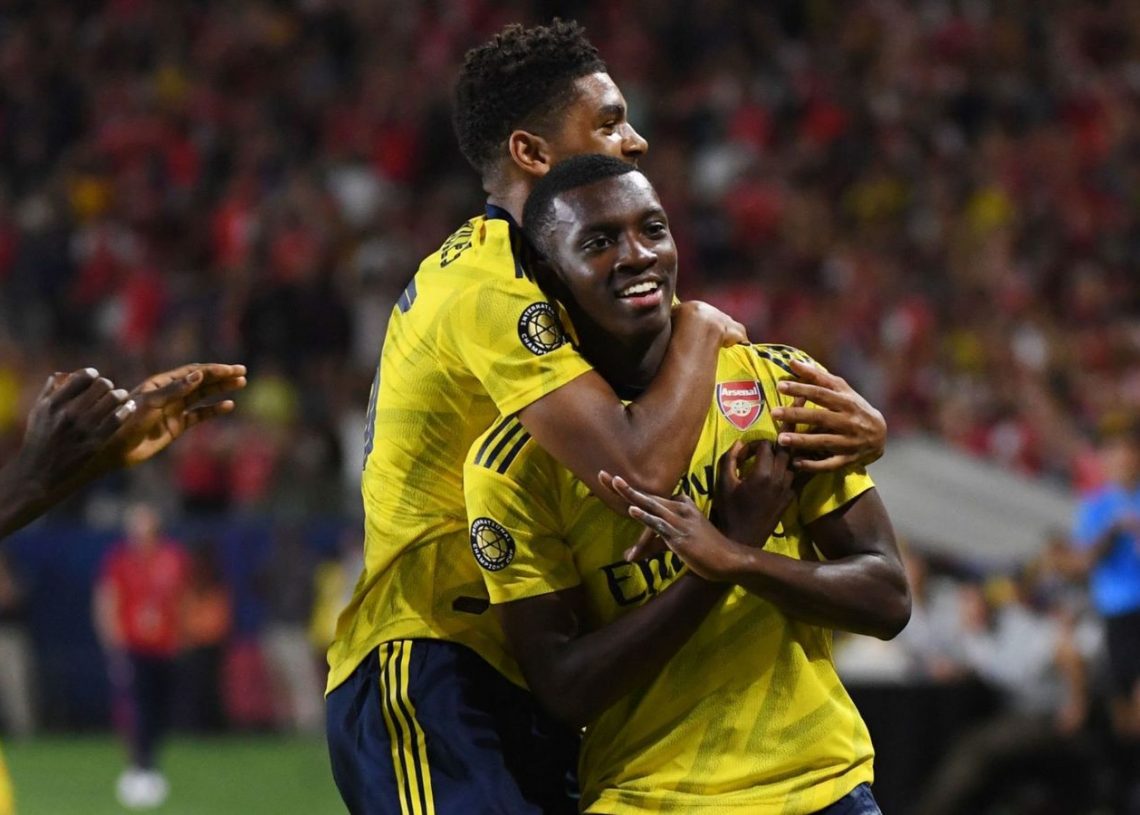 The 20-year-old made his mark as the Gunners triumphed over German giants, Bayern Munich in California.

The lad who has risen through the ranks of the club was a substitute in the 81st minute and hit the ground running right after coming on.

The English international gave Arsenal the all-important goal to hand the team their first International Champions Cup win of the pre season.

Eddie Nketiah took advantage of a cross from Tyreece John-Jules as he tapped in from close range. 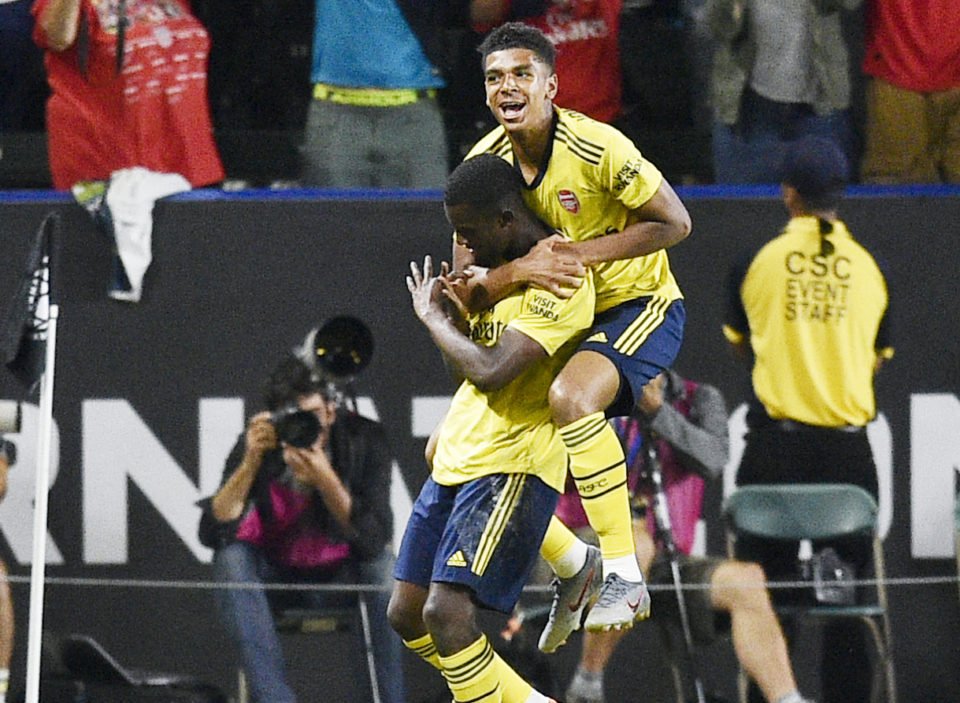 After the game, the man of the match had this to say

“It’s brilliant,” he told Arsenal.com after our 2-1 win. “They’re such a great team and it was a great experience to come on.

“I didn’t come on for long, so I just wanted to make an impact and do well. Luckily I was in the right place at the right time. I’m grateful.”

“I think the play broke down a bit and I saw Tyreece dribbling down the wing,” said Eddie. “I just made sure I was in a good position, a central position, and yeah it came to me and I made sure I put it away.

“Pre-season is vital,” he added. “I always try to come back in tip-top shape and do my best. It’s a chance. I came on today and I took my chance. That’s all I can do.

And how about that award? “That’s going in my trophy cabinet,” said Eddie. “I’ve got a few top goalscorer awards from younger ages, so that’s going to slot in nicely along with those. It’s a nice feeling to get this. It’s a good achievement.”

Nketiah, 20, will be looking to a breakthrough season where he will be featured more often by Unai Emery as the team seeks another silverware after missing out on Europa League finals last season.