Wright Calls In For De Rossi

With a busy buying spree ahead, Ian Wright has commented on who Arsenal should sign to help improve the squad. 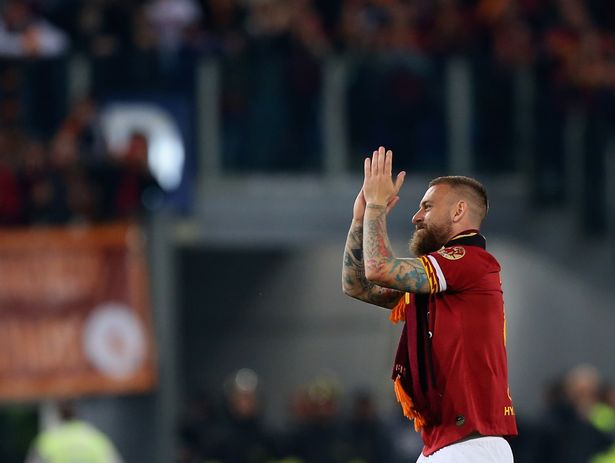 After Chelsea defeat, there has been plenty speculation over what signings the North London outfit should do this summer. Provided they must offload several squad members in order to raise money for incomings, but links to players have been strong. With Ryan Fraser,Jerome Boateng, Wilfred Zaha and Radu all leading the line to be Arsenal’s players next season.

Lichsteiner joined the likes of Aaron Ramsey, Danny Welbeck and Petr Cech who are all well out of the club now with Cech retiring and Ramsey joining Juventus on a free deal.

However, Ian Wright have urged Arsenal to pen down Daniele De Rossi who is out of contract with the club from Rome. 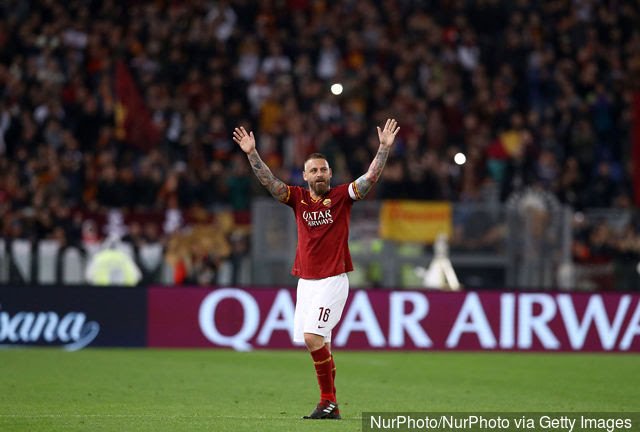 “Arsenal need to bring in De Rossi from Roma! We’ll get 15 games out of him, it won’t cost hardly any money, and the experience he could pass on to the likes of Willock and the other youngsters could be invaluable and money well spent.” 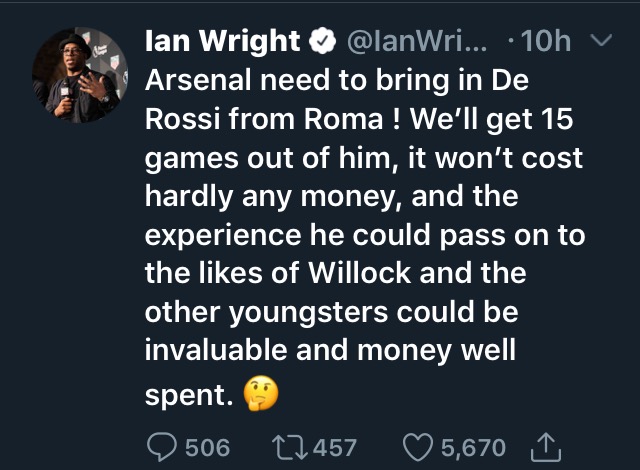 Considering the Gunners’ summer transfer budget, it is almost impossible not see this deal as a good one. Taking into consideration his load of experience, the guarantee of not playing everyday and even Salah recommending the Roma legend to Liverpool.

Arsenal need reinforcement in order to compete next season as Unai Emery will be seeking to lift his first trophy for the club.