What Europa League Final Win Will Mean To Arsenal

Arsenal and Chelsea will tomorrow night compete for European glory in Baku as both sides seek to catch a grip on the Europa League trophy.

This match will present both managers who are in their season of their new clubs a chance to win their first trophy for their new club. But it will be Maurizio Sarri’s second attempt as he lost the Carabao Cup to a Pep Guardiola led side.

The two managers have had a win apiece against each other as Chelsea won by three goals to two at the Bridge before Arsenal getting a massive win at the Emirates.

A win for Unai Emery will be his fourth Europa League trophy and a win for London rivals will be Sarri’s first trophy. 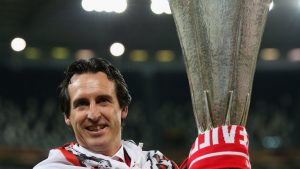 A lot is at stake for the Gunners who missed out on qualifying to the Champions League after they finished outside the top four in the just ended English Premier League season.

A win for the North London club will mean automatic qualification into the UCL group stages.

Not only a spot in the group stages but will be seeded in Pot One as the winners in the Europa League gets a Pot One slot.

Six teams have sealed their place in Pot One of next season’s UCL and a win for Arsenal and either of this year’s UCL finalist will join the top six clubs.

The following are the teams to be in Pot One:

Not only will the win mean qualification for a Arsenal but somewhat a consolation for the Armenian star who due to dispute between Armenia and Azerbaijan will miss out on the final on the basis of his safety in Baku. 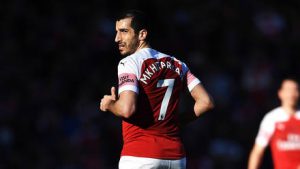 A cash prize of €8.5m up for grabs if Arsenal downs Chelsea in the finals.