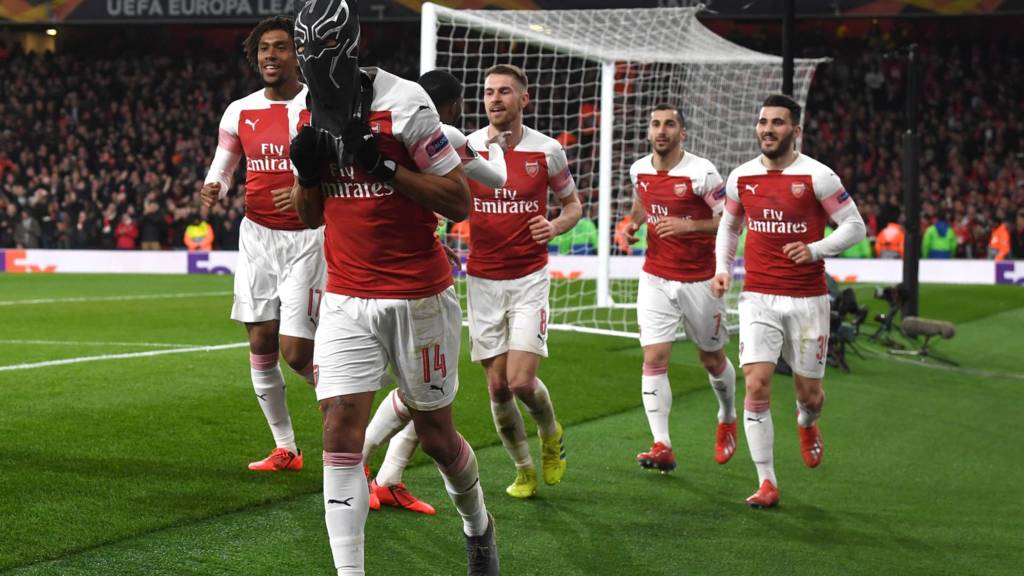 The road to Baku is all set as Arsenal will be facing fellow Londoners in Azerbaijan for the top honours in the Europa League final.

24 players travelled over the weekend as the Gunners took the lead to Baku in preparation for the epic London derby ahead with Aaron Ramsey and Henrikh Mkhitaryan significant absentees. Danny Welbeck has returned from injury and will be in contention to face Chelsea.

Both teams will be looking forward to bringing out the best starting eleven as they can as a chance to make it to UCL up for grabs for Arsenal.

Arsenal have scored 29 goals, kept nine clean sheets and have conceded just nine goals as they reached the finals.

Chelsea on the other hand have scored 32 goals, kept 8 clean sheets and conceded 9 just like Arsenal.

The partnership between Aubameyang and Lacazette is as lethal as it can be as the Gabonese international racking eight goals and three assists in 11 games with a hat trick against Valencia in the semi finals whereas the French striker has managed five goals in nine appearances and with no assists to his name.

The He duo will be looking at teaming up to cause trouble for Luiz and Rudiger/Christensen or Azpilicueta who may be shifted to centre back as Chelsea face injury problems ahead of the tie.

Eden Hazard will probably be playing his last game for the Blues as rumours links him to Real Madrid.

But in Baku, who will be stopping the dribbler who is likely to be played on the right or left side of the flanks.

Both Bellerin and Monreal will be having a busy day as Hazard will be looking at swapping up with teammates upfront. However the priority of taming Hazard should be the task of whoever that plays left-back for Arsenal with Saed Kolasinac the likely to start ahead of Nacho Monreal. The robust defender will look to cut short the darting runs of the Belgian and running down the flanks teaming up with others on the field of play.

The battle between Lucas Torreira and Jorginho is one worth relishing as the Uruguayan will be looking to beating Jorginho in terms of interceptions and covering distances on the pitch.

Chelsea want to build up play for long periods under Sarri. That’d result in a very dicey midfield battle which obviously Chelsea will come out tops at least on paper.

With Armenian star out of the team ahead of the London derby in Baku, Mesut Ozil will be looking at penetrating the heart of Chelsea’s defense with balls which will be looking to find either Aubameyang or Lacazette. The German has completed 386 passes out of his 436 attempts and has assisted once recording a total successful passes of 88% in the process.

The Gunners will be looking for a silverware one last time before the end of the season and the match against Chelsea presents a perfect opportunity to bag in a trophy.