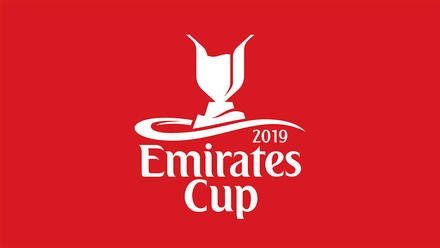 The club have announced their plans and opponents for this summers preseason games.

Managing director of Arsenal Vinai Venkatesham stated: “We’re delighted to be hosting the return of the Emirates Cup in a new format in July. Supporters will have the first chance to see both our women’s and men’s teams play at Emirates Stadium on the same day before the start of the new season.

“We are particularly thrilled that the schedule has allowed us to feature our highly successful women’s team as part of this event. The match will follow this summer’s World Cup where many of our players will have featured and will be another indicator of the rapid growth of the women’s game.

“Emirates Airline has been the proud sponsor of the Emirates Cup since the first tournament was held in 2007 and it’s great that Emirates are continuing their long-standing commitment to Arsenal Football Club through their support of our pre-season activities.”

This summer will be a busy one for the London based giants both on and off the field. The club will be competing in the International Champions Cup, with matches against Bayern Munich, AS Roma and Real Madrid in Los Angeles, Charlotte and Washington D.C. respectively. And they will face MLS side Colorado Rapids in Denver.

Details of the clubs on field activities in the summer will soon be released.