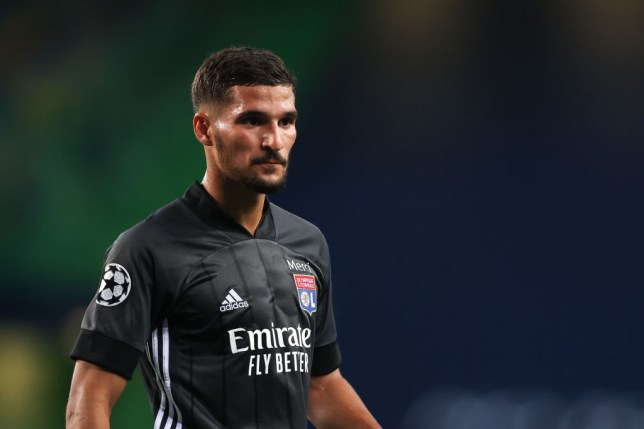 Lyon sporting director Juninho says the French club have received no offers for Arsenal target Houssem Aouar despite mounting speculation he could end up at the Emirates.

Gunners boss Mikel Arteta is still looking to improve his squad and wants to bring in a new midfielder, with the north Londoners seemingly switching their focus from Atlético Madrid’s Thomas Partey to Aouar.

Lyon, though, is believed to be holding out for a fee worth around £55.5million, which Arsenal will struggle to afford unless they offload several players first.

While the Ligue 1 outfit are prepared to let Aouar leave if their valuation is met, Juninho says they are yet to receive any official offers for the 22-year-old.

Asked about the futures of both Aouar and Barcelona target Memphis Depay after Lyon’s loss to Montpellier yesterday, Juninho toldTelefoot Chaine: ‘For now, there is nothing for these players.

Arteta’s hopes of looting Aouar to north London are likely to hinge on offloading a number of players, with the funds from Emiliano Martinez’s sale as well as a possible move back to Italy for Lucas Torreira needed to bolster the transfer kitty.

Arsenal had floated the idea of including Matteo Guendouzi in a deal for Aouar, but Lyon is not interested in signing him.

Speaking last week, Juninho said: ‘I get on very well with Edu, we spoke on the phone. Aouar is really appreciated by Mikel Arteta.

‘Guendouzi was discussed during the call, he is a great player, but he is the wrong profile. We are not interested in that at all, we cut the conversation.’

While Lyon’s insistence that they have received no bids for Aouar may disappoint Arsenal fans, it does at least mean rumours of a move to Juventus are not as concrete as reports in Italy have suggested.