“We Are A Big Team”- Unai Emery Speaks After Chelsea Defeat 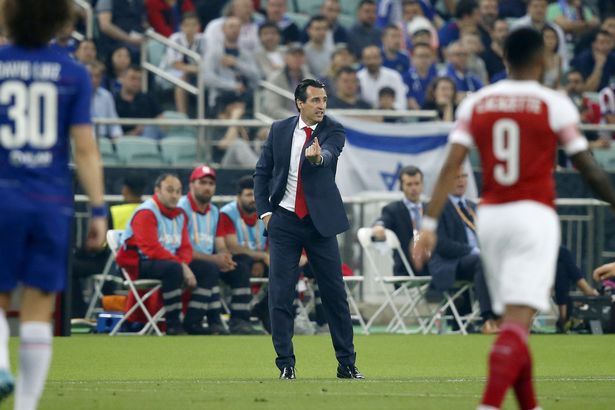 Arsenal manager Unai Emery after his defeat to Chelsea has spoken about Arsenal’s transfer plans.

His side lost to a much second half spirited Chelsea who battered the Gunners in a night to forget for both Arsenal am defending Petr Cech who played husband last career game as a footballer.

Arsenal who now have missed the chance to play in the UEFA Champions League next season will be looking forward to a much stronger season in August.

Speaking after the match in the press conference he made the following assertions on the clubs transfer plans:

“I think Arsenal is a big name in the football world, and a lot of players want to play here.

“We are in one process and we need, in this process, to be strong.

“When we started this season, the idea was to get more competitive, like a team. To be closer to the other teams. And we did that.

“At the moment it’s not enough to reach our targets. But we’ll continue working in our minds.

“The transfers, I don’t know for next year. But the club is working to improve and to take all we need to go our way.

Also we have a lot of players with the possibility to improve. We are playing a lot of young players, experiencing a final for the first time. I am positive for our future, creating our way with young players and getting better in our way.”